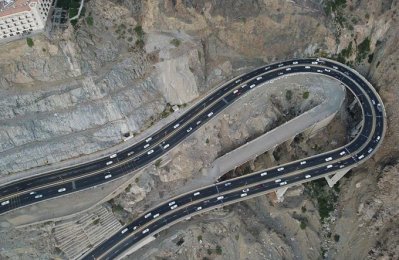 Saudi Cabinet's decision to establish the Roads General Authority contributes to enhancing the sector's governance, said a Saudi Press Agency report.
The authority, set up by the Cabinet on Aug 2, will help separate legislation and operation, enhance the competitive condition for establishing, operating and maintaining roads, and increasing the level of safety and quality on roads in a bid to making Saudi Arabia reach the sixth rank globally in terms of quality of roads, it said.
The decision is part of several decisions that were issued by the Cabinet to restructure and develop the sector of transport and logistics services in a way to keep pace with the comprehensive civil renaissance that the kingdom is witnessing in all fields towards realizing the Saudi Vision 2030.
Establishing the Roads General Authority is in line with the historic reforms of the transport and logistics services system through implementing a series of decisions, which included launching the National Transport Strategy, establishing an agency concerned with logistics services at the Ministry of Transport, and combining the activities of railway transport under the administration of the Saudi Railway Company (SAR), which enhance the supervisory role of the Ministry of Transport on all sectors of transport and logistics services in the Kingdom of Saudi Arabia, said the report.
The authority will be tasked with setting terms, standards, constraints and qualities for establishing roads and preparing safety and environment standards within the urban borders and beyond, in addition to implementing maintenance works for roads in coordination with stakeholders and following up on abiding by them and their implementation.
The authority will also be tasked with assuming relevant operational tasks, such as planning, designing, execution and maintenance and supervision on these works, where the Roads General Authority will also has the power to grant licenses and permits in the road sector, and technically verifying accidents resulting from the implementation and maintenance of roads, and coordinating with other stakeholders to provide roads with necessary services and to establish training and research centers for the road sector.
It will be responsible for conducting studies and research concerned with roads and their projects, organising exhibitions and conferences concerned with roads, representing Saudi Arabia at international commissions and organizations.
The Roads General Authority will seek to ensure the sustainability of the Kingdom of Saudi Arabia's infrastructure, provide road networks with high levels of efficiency, increase connectivity among cities and governorates, and facilitate the transport movement of individuals and goods in Saudi Arabia's regions according to high security standards that can contribute to enhancing the quality of life, said the report.