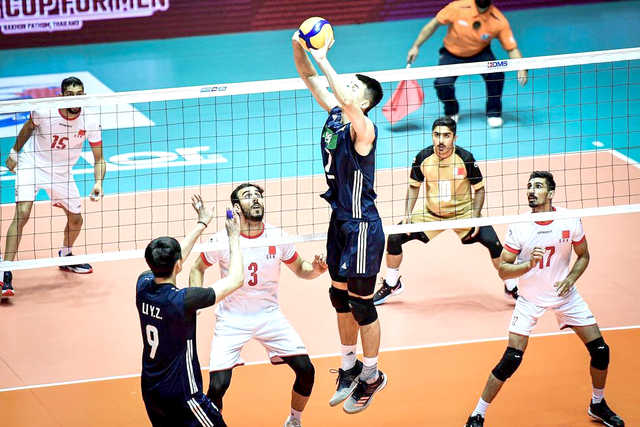 The kingdom’s side has already created quite an impression in its debut appearance in the tournament, having upset highly-rated Chinese Taipei, 3-0, in straight sets in their opening game and giving China, who are ranked fourth in Asia, a royal scare on Tuesday before going down fighting in a 1-3 defeat.

Meanwhile, Iran, led by Erfan Norouzi, will count on Poriya Hosseinkhanzadeh Firouzjah, who top-scored with 22 points in the game against Pakistan, and 2.06m tall, Amir Mohammad Golzadeh, who bagged 19 points in that game, to repeat their heroics.

Bahrain will barely have had time to catch their breath after this game before they take on Pakistan tomorrow in the second Pool F game. If they make it into the semi-finals which are scheduled for Saturday, they will have played three tough games in three days.

The final is scheduled for Sunday.