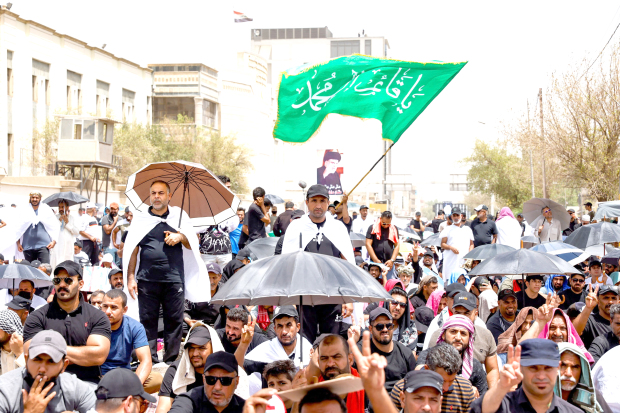 BAGHDAD: Rival Iraqi factions took to the streets of Baghdad yesterday to call for a new government, with supporters of populist leader Moqtada Al Sadr demanding early elections and his Iran-backed opponents saying the results of last October's poll should be honoured.

Thousands of Sadr's followers prayed outside parliament in a show of support for the populist leader who has called on the judiciary to dissolve parliament by the end of next week.

Hours later, supporters of Iran-backed groups opposed to Sadr rallied on the edge of the fortified Green Zone, where parliament and foreign embassies are located, insisting they should form the new government based on the October election.

Yesterday's protest and counter-protest were the latest in a series of demonstrations that have raised fears of unrest if the political stalemate continues. Religious and political leaders command the loyalty of huge numbers of people and militia groups operate independently from central government.