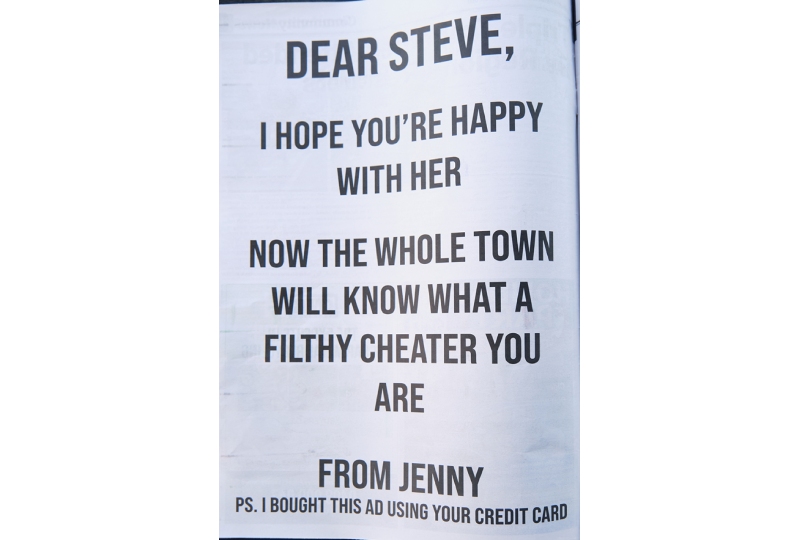 The ad Jenny took out.

This proverb won a shining real-life example when an Australian woman took out a full-page newspaper ad on Friday (Aug 12) to call out her 'filthy cheater' husband.

The ad, which was published in the Australian weekly newspaper Mackay and Whitsunday Life, printed in large capital letters read:

“Dear Steve, I hope you’re happy with her, Now the whole town will know what a filthy cheater you are. From Jenny. P.S. I bought this ad using your credit card.”

Soon after the paper went into circulation, the newspaper which has an average readership of about 50,000, was inundated with calls inquiring further about Jenny and Steve.

The calls got so bad that the editor of the newspaper had to post on Facebook to talk about the ad.

The editor said that they do not have any information about "Steve" or "Jenny". They also disclosed that the newspaper ran the ad for free because it was illegal to charge "Steve" for the ad without his consent.