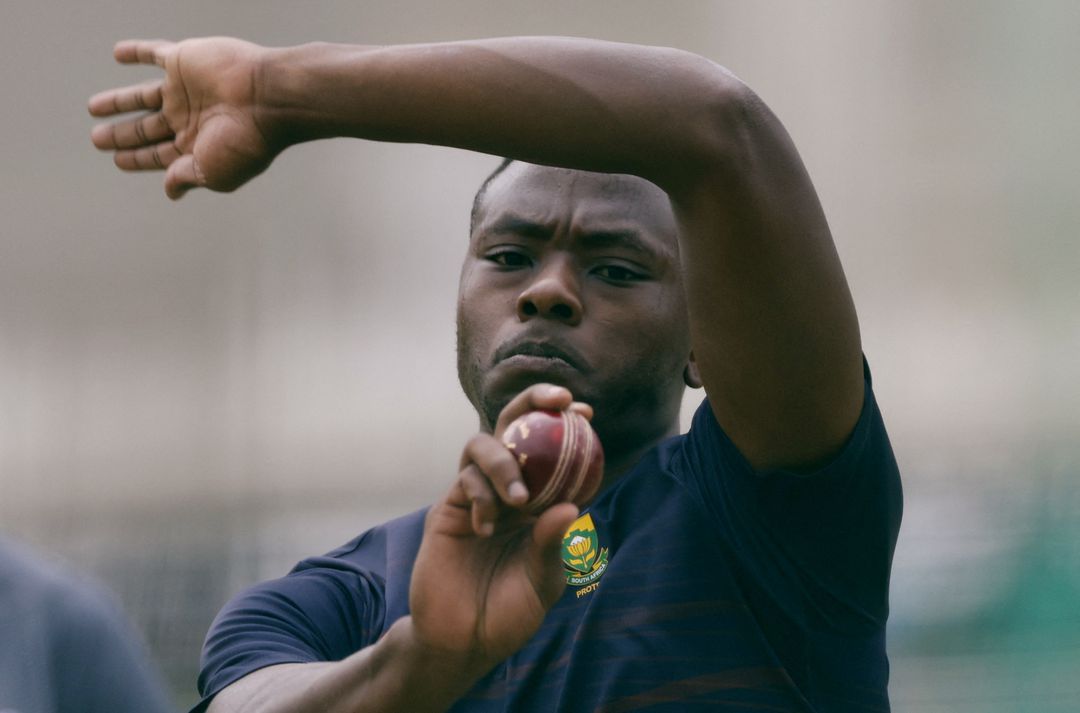 South Africa are hopeful key fast bowler Kagiso Rabada will be fit for the first test against England that starts at Lord's on Wednesday, but he has not been cleared to take his place in the side quite yet, according to captain Dean Elgar.

Rabada is a huge figure in the South African seam attack and his loss would be a massive blow as he battles back from an ankle problem sustained in the Twenty20 International series between the sides late last month.

"I think he's very close to being fully fit for this test. He's had a really good few days, so it's looking pretty good for us," Elgar told reporters on Tuesday, adding they had yet to finalise their batting line-up either.

The major question is who will replace injured middle-order batter Temba Bavuma in the top five, with the latter having been one of South Africa's most consistent performers over the last 12 months.

Sarel Erwee will likely open with Elgar and Keegan Petersen bat at number three, with the experienced duo of Aiden Markram and Rassie van der Dussen tipped to take the two remaining top five places ahead of Ryan Rickelton and Khaya Zondo.

Wicketkeeper-batsman Kyle Verreynne will slot in at six, allowing the tourists to play an all-rounder who will bat at seven.

"I think purely because we've lost that experience factor (of Bavuma) we are more inclined on going with the experience we have within our batters," Elgar said.

"It is up to the coach and the selectors, but from my side I would lean more to having the experience."

South Africa sit on top of the ICC World Test Championship table but with series to come in England and Australia, have a tough task staying there. Elgar is confident they can.

"I didn't take this job (of captain) thinking we were just going to be mid-table. It's always been my goal and my ambition (to be the top test team in the world)," he said.

"I have experienced us being world number one twice and I know that feeling, but I know there's a journey and hard work to get there.