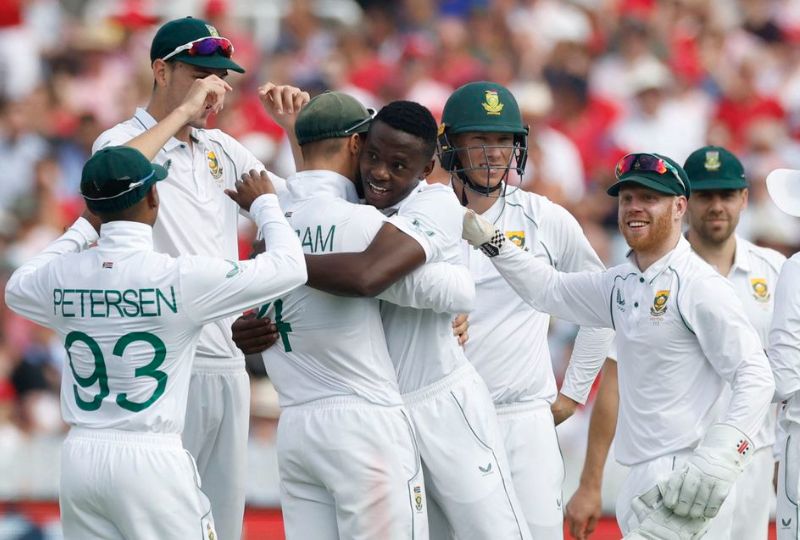 South Africa's Marco Jansen fell short of his half century before his side were bowled out for 326 in their first innings on Friday, giving them a handy 161-run lead over England on the third day of the first test at Lord's.

The 22-year-old giant fast bowler, in only his sixth test, was dismissed on 48 as South Africa moved from their overnight score of 289-7 in response to England's first innings tally of 165.

Jansen added seven runs to his overnight score but helped keep England in the field for the first hour of play as he and Anrich Nortje added 29 runs for the ninth wicket before a thick edge saw him caught in the slips off Stuart Broad.

Kagiso Rabada was out third ball of the day as he pulled the ball leg side, only for Broad to pluck it one-handed out of the air for a brilliant catch.