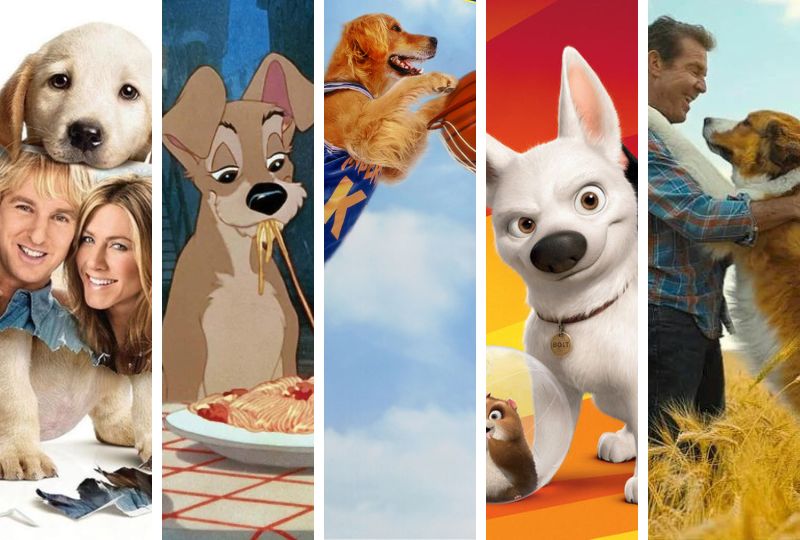 Celebrate International Dog Day this year by cuddling up with your furry best friends and watching these movies:

The movie that made everyone cry by the end, follows a couple which tries to raise a family with a dog.

If “Marley & Me” made you cry, “Beethoven” offers you the opportunity to watch a dog that may be even more destructive than your own pup. It’s a tale as old as time: the story of a dad who absolutely refuses to get a dog, insisting that he hates them, only to end up being the member of the family who adores the pooch the most.

Based on a true story, this remake of a Japanese movie tells the story of a dog’s commitment and loyalty towards its owner. This one made us cry too.

Lady and The Tramp

You may remember this sweet Disney movie for its iconic spaghetti kiss scene, but so many other adorable hijinks make it one to watch.

In this film, directed by Wes Anderson, a boy travels to an island solely inhabited by dogs to rescue his bodyguard dog.

This beloved Disney movie is about a family who accidentally finds themselves in possession of 101 spotted dogs. As you might expect, a litter that big is sure to draw attention, including the interest of the evil Cruella de Vil.

This touching movie, based on a book by W. Bruce Cameron, is guaranteed to bring you to tears. Over the course of several lifetimes, a dog learns his real reason for living when he shows people how to laugh and live life to the fullest.

They say that dogs live to love us, and this movie proves it. As one old dog's soul prepares for the next adventure, he promises his owner something. Here's another one that will tug at your heartstrings, so keep your own furry friend close.

John Travolta and Miley Cyrus star in this animated film about a movie-star dog named Bolt who thinks he actually has superpowers in real life.

Watch the movie that spawned an entire franchise, as a lonely boy befriends a stray dog who is weirdly good at basketball.

A movie from a time before Tom Hanks became one of the best dramatic actors of our generation, Turner and Hooch follows a cop that has to deal with an ex-partner's dogs and all the hijinks that come from it.

A little less feel-good, a lot more horror, watch Cujo at your own risk.