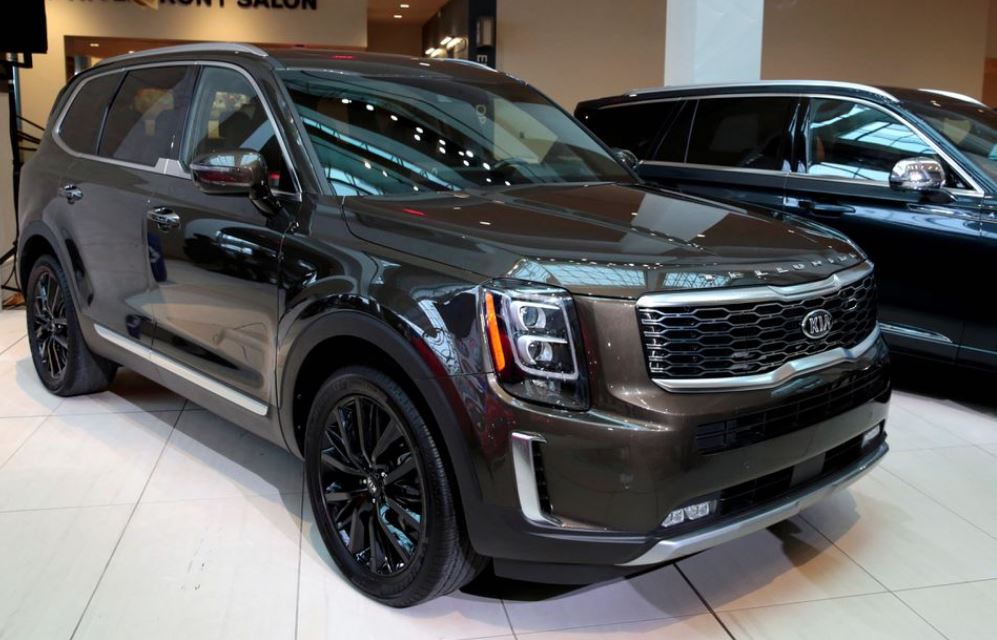 FILE PHOTO: The Kia Motors 2020 Telluride vehicle is displayed during the award ceremony winning the "North American Utility Vehicle of the Year" in Detroit, Michigan, US. Reuters Photo.

WASHINGTON: Owners of some Hyundai and Kia SUVs that were recently recalled over fire risks should park them outdoors and away from homes until they are repaired, the US Department of Transportation said on Tuesday.

The South Korean automakers last week recalled thousands of Hyundai Palisade and Kia Telluride vehicles made from 2020 to 2022, citing a risk of fire while parked or driving due to a trailer hitch issue, the National Highway Traffic Safety Administration's website showed.

A repair for the issue has not been identified, and no related fires, crashes or injuries have been confirmed, the department said in a consumer alert.

However, Kia said in a statement on Tuesday that six fires had been reported in model year 2020 Telluride vehicles, five of which involved "localised melting only." The 2021 or 2022 models had no fires and were included in the recall as a precautionary measure, it added.

The Transportation Department did not respond to a request for comment on the apparent discrepancy with Kia regarding fires.

"An accessory tow hitch sold through dealerships may allow moisture into the harness module, causing a short circuit," the consumer alert said. "In some cases, an electrical short can cause a vehicle fire while driving or while parked and turned off."

Once a repair is available, affected vehicle owners will be notified to bring their SUVs to a Hyundai or Kia dealer, the alert said.