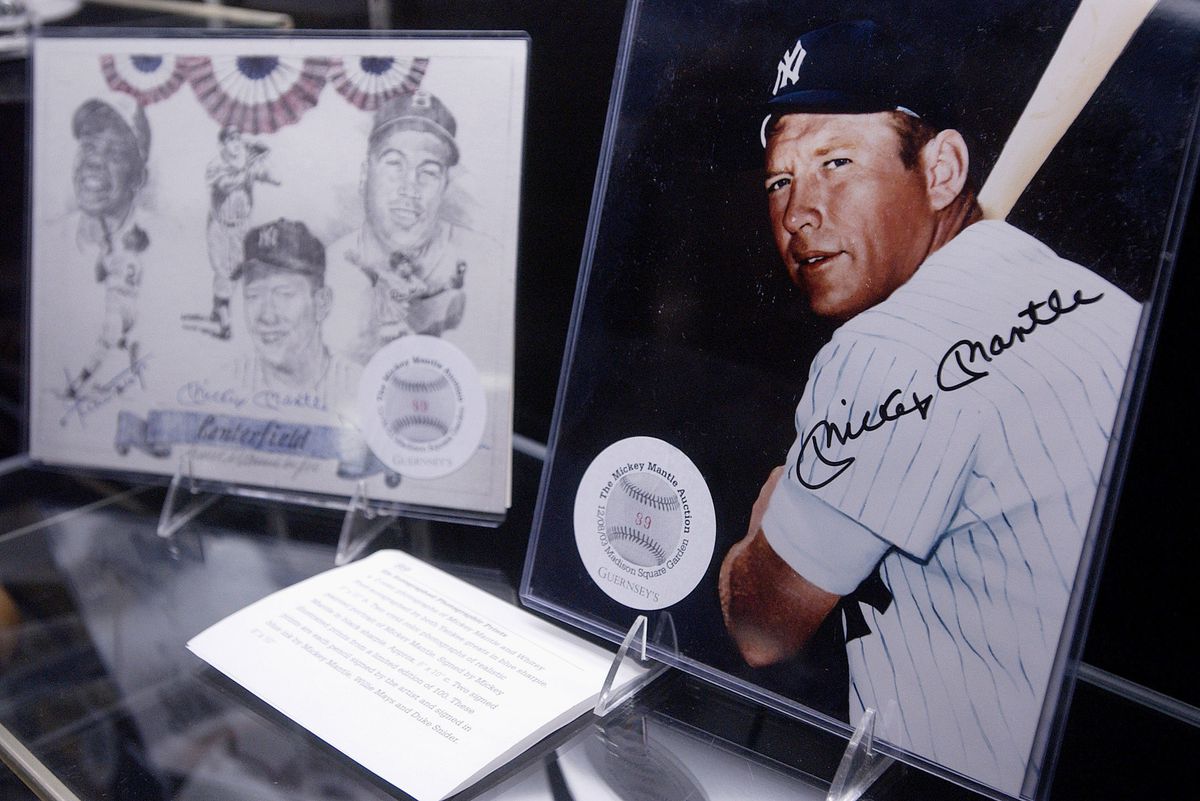 A Mickey Mantle baseball card in mint condition sold for $12.6 million on Sunday, becoming the most valuable piece of sports memorabilia to be sold at an auction.

The rare Mantle card, sold by Heritage Auctions, surpassed a record of $9.3 million set in May for the shirt worn by Diego Maradona, when he scored the contentious 'Hand of God' goal at the 1986 World Cup.

"An eight-figure auction result in the sports market was the stuff of fantasy just a decade ago," Chris Ivy, director of sports auctions at Heritage, said in a statement.

"We always knew this card would shatter records and expectations. But that doesn't make it any less of a thrill."

The previous record for a sports card was $7.25 million, set this month by a century-old 'T206' Honus Wagner card in a private sale facilitated by collectibles marketplace Goldin.

Mantle, one of the best switch-hitters in baseball history, played his entire Major League Baseball career with the New York Yankees from 1951-68 and was inducted into the Baseball Hall of Fame in 1974.

The record-breaking card, which has become the first sports item auctioned for eight figures, is from his rookie season and was issued by the collectible company Topps in 1952.

The card was brought to Heritage by Anthony Giordano, a waste management entrepreneur from New Jersey, who bought it for $50,000 in 1991.

Heritage said the card was graded a "Mint+ 9.5" out of 10 by Sportscard Guaranty Corporation, which authenticates and grades trading cards.

"That this Mantle rookie card remained in this condition for 70 years is a true miracle."