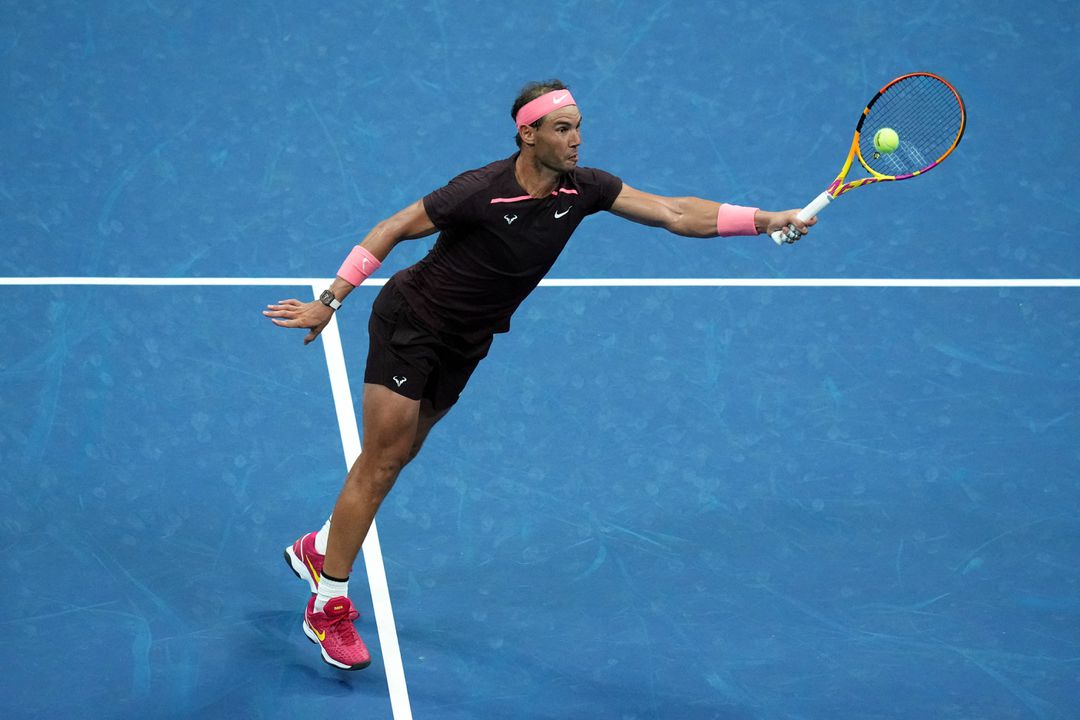 Second seed Rafael Nadal faced a surprise test in his first U.S. Open appearance since winning the 2019 title, as he overcame 21-year-old Australian wildcard Rinky Hijikata 4-6 6-2 6-3 6-3 on Tuesday in the opening round.

Playing in only his second match after pulling out of Wimbledon with an abdominal injury, the Spaniard had speculated whether he was ready to take on New York and seemed to confirm those fears as he struggled on the return in the first set. read more

Hijikata incredibly broke the 22-times major winner with a crisp overhead shot in the seventh game of his Grand Slam debut, bringing the crowd to a roar.

"I started not that bad the first couple of games, but then I had some opportunities that I was not able to make," Nadal, 36, said after the match. "I didn't play a good game with my serve. Then he had the break. Then I was a little bit nervous."

But it was Goliath who got the momentum over David under the bright lights of Arthur Ashe Stadium, as a steadfast Nadal charged through the first three games of the second set, improving in virtually every respect as his opponent's form deteriorated.

He dropped just one of his first-serve points with few mistakes, as Hijikata racked up a dozen unforced errors and dropped his serve in the final game of the frame.

Thriving on familiar territory, the four-time Flushing Meadows winner Nadal never faced a break in the third set and broke Hijikata to love in the fifth game of the final set before recovering from 0-40 in the eighth to hold his own serve.

Hijikata gave the rowdy New York crowd a final thrill as he defended four match points in the ninth before succumbing to Nadal's vicious forehand winner, only weeks after recording his maiden Tour-level win in Los Cabos.

"First match here in New York after three years, night session, it's always exciting. Yeah, I went through this tough moment," said Nadal, who sent across nine aces in the match.

"Second match in 50 days more or less. In some way was not the day to play perfect. Is a day to just make the job done, and that's what I did."

The win extends Nadal's unbeaten streak in Grand Slam competition this year, after he won the Australian Open and Roland-Garros, with the world number one ranking on the line in New York in a depleted men's draw.

The evening was a clear boost of confidence, after a demoralizing defeat in his first match back from injury in Cincinnati.