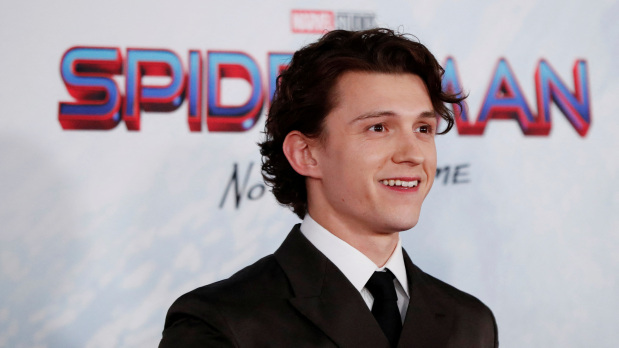 Without any major releases on the calendar, Sony’s “Spider-Man: No Way Home” — yes, a movie that debuted in December of 2021 — managed to return to the No. 1 spot in North America over Labour Day weekend.

Sony re-released the film with 11 minutes of extra footage that proved to be tantalizing to some comic book fans, bringing in $6 million from 3,935 theaters over the weekend. “No Way Home” is expected to finish the extended holiday weekend on Monday with $7.6 million.

Another holdover, Paramount’s “Top Gun: Maverick,” is trailing ever-so-slightly with $5.5 million between Friday and Sunday and an estimated $7 million through Monday. Since ticket sales are close, the final order could change on Monday. In any case, the triumph of “Spider-Man: No Way Home” and “Top Gun: Maverick” highlights the bleak landscape at the box office, considering both of those films are widely available on home entertainment.

Even in second place, it’s a heroic weekend for “Top Gun: Maverick,” which is playing in 3,113 venues in its 15th weekend of release. The blockbuster sequel has generated $700.33 million to date, making it one of six films to ever cross that threshold domestically. It also puts Tom Cruise’s latest tentpole mere pennies away from dethroning “Black Panther” and its $700.42 million total as the fifth-highest grossing release in domestic box office history.

With the re-release, “Spider-Man: No Way Home” has now grossed $812.3 million in North America, strengthening its standing as the third-highest grossing movie in domestic box office history. Props to Sony for smartly taking advantage of the desolate moviegoing landscape. But it also could have helped for any studio to, you know, actually release a movie over the holiday weekend.

In fairness, Focus Features opened a new film nationwide, but it debuted day-and-date on streaming so hardly anyone showed up in theaters. “Honk for Jesus. Save Your Soul.,” a mega-church satire starring Regina Hall and Sterling KBrown, crash-landed in 14th place with $1.44 million from 1,882 theaters.

“Reviews are very good, but the film is not connecting theatrically,” says David A Gross, who runs the movie consulting firm Franchise Entertainment Research. “During the last two years, movies released simultaneously in theaters and on streaming have under-performed at the box office. That’s part of what’s happening.”

Oddly enough, given the top two films in the country were months old, this Saturday ranked as the highest-attended day of the year according to the National Association of Theater Owners. That’s because Sept. 3 was National Cinema Day, which brought out an estimated 8.1 million people as more than 3,000 theaters across the country slashed the price of admission. Participants, including major chains like AMC and Regal, charged just $3 to any movie in any format — far less expensive than the country’s average ticket price.

The heavily discounted prices may have increased attendance (and popcorn sales), but it didn’t do much to boost overall revenues over the traditionally slow Labour Day weekend. In 2021, Disney’s “Shang-Chi and the Legend of the Ten Rings” set a Labour Day weekend record with $94 million. This year, the collective box office tally for every film in theaters is closer to $50 million. Of course, it’s tougher than usual to compare because of Saturday’s markdown.

“With National Cinema Day, we wanted to do something to celebrate moviegoing,” said Cinema Foundation president Jackie Brenneman. “This event outstripped our biggest expectations. The idea of the day was to thank moviegoers for an amazing summer, and now we have to thank them for this amazing day.”

Given the domestic box office wasteland, holdovers “Bullet Train,” “DC League of Super-Pets” and “The Invitation” rounded out the top five on box office charts.

Sony’s “Bullet Train” is aiming for third place with $5.4 million from 3,117 locations, dropping only 10% from last weekend. For the four-day holiday weekend, it’s expected to bring in $6.8 million. After five weeks of release, the Brad Pitt-led “Bullet Train” has generated a solid $86.6 million to date.

And finally, “The Invitation,” which topped the box office last weekend, tumbled to fifth place with $4.7 million from 3,114 cinemas. By Monday, it’s expected to earn $5.7 million, taking ticket sales to $14.7 million.