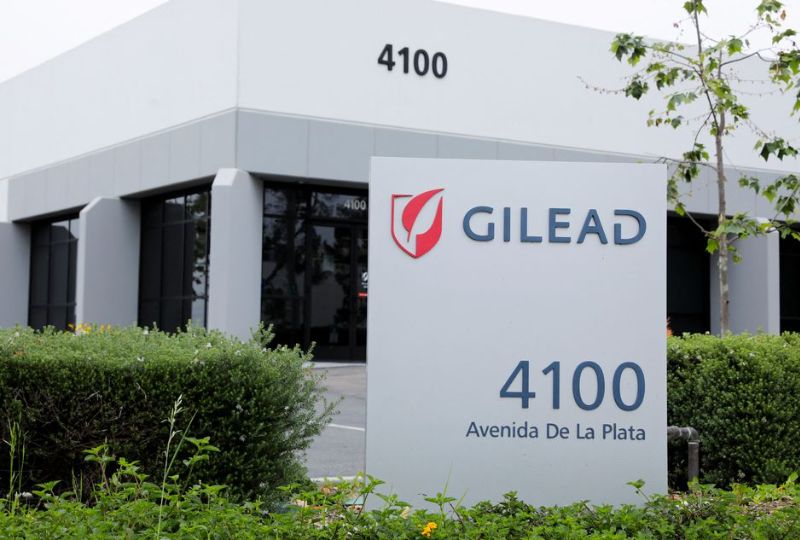 Gilead Sciences Inc's Trodelvy extended by 3.2 months the survival of patients with advanced stages of a common type of breast cancer, according to data released ahead of a presentation at a European cancer meeting on Friday.

Put another way, the Gilead drug reduced the risk of death by 21% in the Phase III trial.

The company has said the results are both statistically and clinically significant.

The study being presented at the European Society for Medical Oncology's annual meeting in Paris compares Trodelvy to chemotherapy in 543 patients with hormone-sensitive tumours that test negative for a receptor called HER2 and who had stopped responding to at least two earlier courses of therapy.

Gilead said interim results from the trial show overall survival for those who received Trodelvy of 14.4 months compared with 11.2 months for chemotherapy patients. Details including the number of patients included in the interim analysis will be released on Friday.

The data release comes after Gilead in March said the breast cancer study met its main goal of reducing the risk of cancer progression or death, but did not disclose any details.

The company reported some additional details in June, saying the trial met its primary goal by showing progression-free survival - the time until the disease begins to worsen - of 5.5 months for the Trodelvy group versus 4 months for chemotherapy patients.

It also disclosed that the first analysis showed Trodelvy patients lived a median 13.9 months, compared to 12.3 months for the chemotherapy group - a difference that was not statistically significant.

Gilead said last month it had applied for US approval of Trodelvy for pre-treated hormone receptor positive/HER2 negative metastatic breast cancer. The drug is already approved in the United States for previously treated metastatic triple-negative breast cancer and bladder cancer. It is being studied for use in a number of cancer types.

Wall Street analysts have questioned demand for Trodelvy given competition from Enhertu, an AstraZeneca Plc and Daiichi Sankyo drug that was approved last month for breast cancer patients with low levels of HER2.

Analysts, on average, expect annual Trodelvy sales to reach $1.9 billion by 2026, according to Refinitiv.