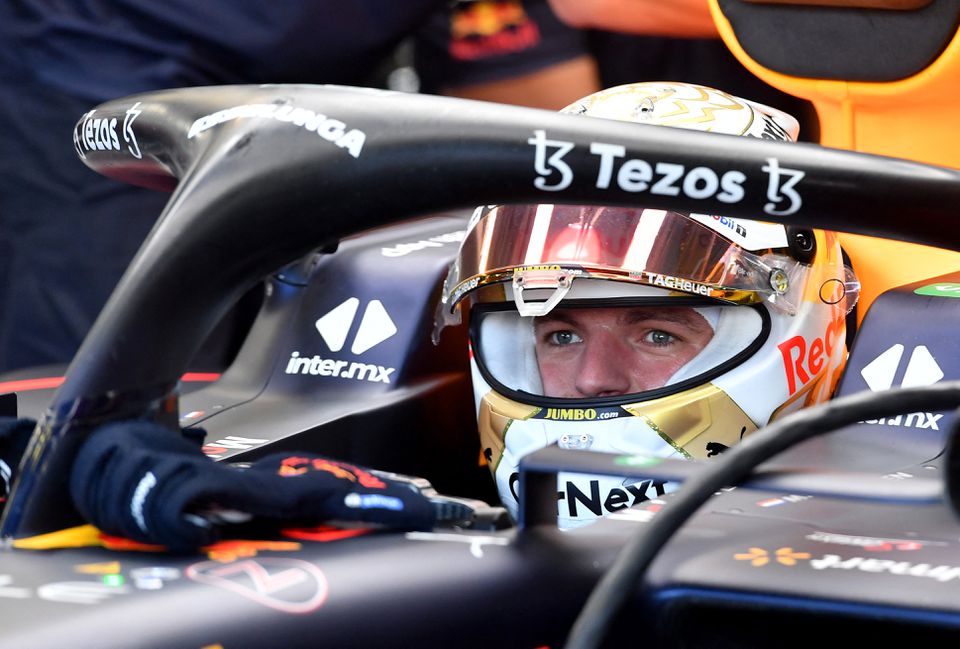 Red Bull's Formula One leader Max Verstappen was fastest in final practice on Saturday for the Italian Grand Prix, but Ferrari's Charles Leclerc looked a good bet for pole position at his team's home race.

Nine of the 20 drivers are carrying penalties for Sunday's race and Verstappen, who leads Leclerc by a massive 109 points in the championship after 15 of 22 races, is one of them with a drop of five places on the starting grid.

Leclerc was the fastest driver on the timesheets without a penalty, lapping 0.347 slower than Verstappen's best effort of one minute 21.252 seconds.

Red Bull's Sergio Perez and Ferrari's Carlos Sainz, third and fourth respectively, both have penalties -- the latter enough to drop him to the back of the grid, and the Mexican in line for a 10-place demotion from wherever he qualifies.

Mercedes' seven-time world champion Lewis Hamilton is also due to go to the back of the grid, while Alpine's Esteban Ocon has a five-place penalty.

Hamilton was 10th fastest and just slower than Ocon, whose team mate Fernando Alonso was fifth and looking good without a penalty, while McLaren's Lando Norris was sixth.

Others with penalties are Alfa Romeo's Valtteri Bottas, Haas pair Kevin Magnussen and Mick Schumacher -- all 15 places -- and AlphaTauri's Yuki Tsunoda who is headed for the back of the grid.

Dutch driver Nyck de Vries made his competitive F1 debut as a stand-in at Williams after Alex Albon was ruled out by appendicitis.