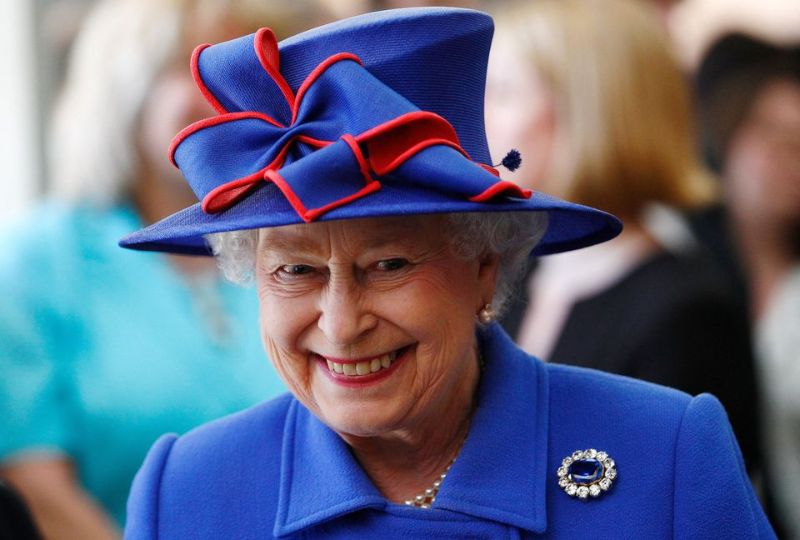 Britain's Queen Elizabeth II smiles during a visit to open the Sainsbury Laboratory for Plant Sciences in the University of Cambridge Botanic Garden, in Cambridge, England, Britain, April 27, 2011. (Reuters photo)

This is a right afforded to all the ruling monarch of the United Kingdom. Queen Elizabeth II, and now King Charles III does not have or need a passport or a driver's licence. They also do not need a number plate on their car.

At the age of 19, Elizabeth was the first female British royal to serve as an active duty military member. She drove and worked on a range of military vehicles during World War II, including ambulances, as part of the Auxiliary Territorial Service.

Since the 12 century, the crown has laid claim to all swans and dolphins in the UK's waters, as these were highly valued as a delicacy at banquets and feasts. Dolphins are ever revered as "fishes royal" in the UK.

When Princess Elizabeth got married to Prince Phillip on November 20, 1947, the country was in a financial crisis due to World War II. The British government introduced rationing coupons to ensure that each citizen had access to “fair shares” of food, goods and materials — including the silks, tulle and chiffon used to create her majesty’s big day finery. The would-be Queen used her rationing coupons to pay for her wedding dress.

Along with her Norman Hartnell wedding dress, the Queen-to-be also wore her Queen Mary’s diamond tiara. But just two hours before the ceremony, the delicate crown snapped. The tiara was then transported to the royal jewellery workshop under armed police escort and fixed before the ceremony.

Queen Elizabeth wrote a secret letter to the citizens of Sydney, but it can't be opened for another 63 years

Following major restoration works to the Queen Victoria building in Sydney, Australia, Queen Elizabeth wrote a letter to the citizens of Sydney that cannot be opened until 2085.

Queen Elizabeth owned the largest clear-cut diamond in the world

Weighing 530.2 carats, the pear-shaped Cullinan I, also known as the Great Star of Africa, is the largest clear-cut diamond in the world and set in the Sovereign's Sceptre with Cross.