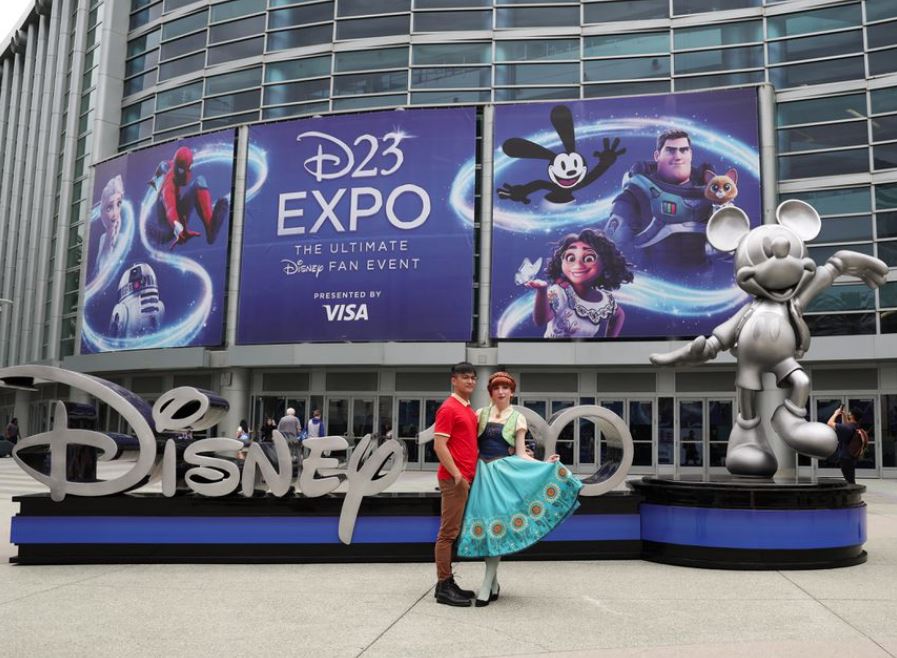 The movie is scheduled to be released in July 2024.

'Thunderbolts' was one of some 20 forthcoming Star Wars and Marvel films and series that Disney showcased in a three-hour presentation that leaned heavily on celebrity, screenings and even a Broadway-styled musical performance of 'Rogers: The Musical,' in which Captain America and the other Avengers characters assembled on stage.

James Cameron appeared via video from New Zealand to introduce several scenes from 'Avatar: The Way of Water,' the long-awaited sequel to the one of the highest grossing films of all time, 'Avatar.'

The director talked about the "pretty hectic" production cycle of working on the second, third and forth installments of the science-fiction series over a five-year span.

"I know everyone's been waiting a long time," Cameron said. "Hopefully, we'll show something today and you can decide if it's been worth it."

The film will reach theatres in December.

One of the movie's stars, Angela Bassett, paid homage to the late Chadwick Boseman, who received wide acclaim for his portrayal of the title character, T'Challa.

"Chadwick was with us every step of the way," she said.

Harrison Ford received a rousing reception from the audience for reprising his role of the adventurous archeologist Indiana Jones. The actor appeared emotional as he took the stage, saying, "I'm proud to say that this one is fantastic, and this is one of the reasons," gesturing to co-star Phoebe Waller-Bridge.

"Indiana Jones 5," due out in June, may well mark Ford's final appearance in the franchise.