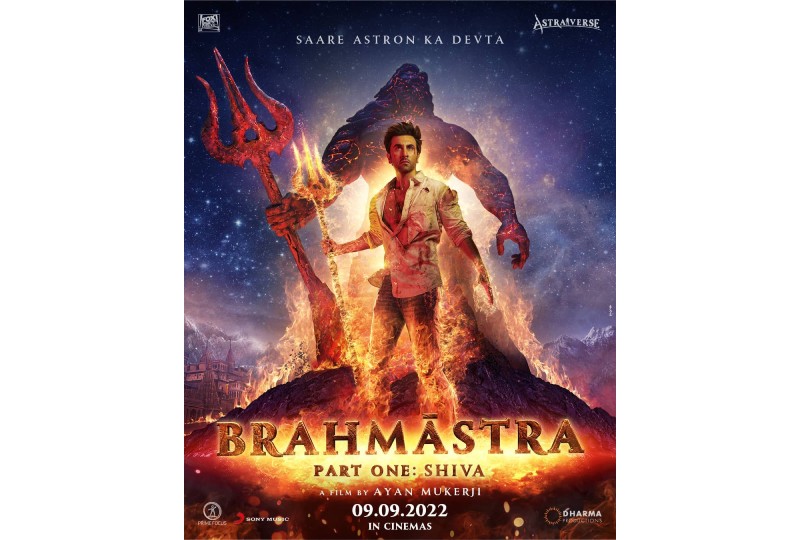 Ten years in the making, and costing Rs4 billion (BD18,877,104), 'Brahmāstra' is the Indian equivalent of a Marvel movie, and it has the technical prowess to back up this claim.

Directed by Ayan Mukherji, who previously directed the rom-com 'Yeh Jawaani Hai Deewani', 'Brahmāstra' is the first movie in what Mr Mukherji is calling the 'Astraverse'.

It is the story of Shiva, an every-man who is drawn into the midst of a mythical battle for the universe.

'Brahmāstra' marks a new stage in Indian movies, one where high-brow concepts aren't shied away from but embraced, by both producers and audiences. With amazing VFX work that might put the new offerings from Hollywood to shame, Brahmāstra achieves it's goal in telling a larger-than-life story very aptly. The action scenes, particularly the car chase sequences have been shot brilliantly, and really have the effect of having the audience on the edge of their seats.

But it's not all roses for one of the most expensive Indian movies ever made. The dialogues in the movie, particularly between the Shiva, played by Ranbir Kapoor and Isha, by Alia Bhatt, come off as somewhat childish due to the awkward mixture of Hindi and English.

Being a Bollywood movie, songs are an expected part of the journey, but the songs in this particular one often has a detrimental effect. The tunes seem to be placed haphazardly throughout the movie based on the director's preference, often throwing the pacing of the movie into disarray. A strong example of this is the number 'Kesariya', which occurs right in the middle of what is supposed to be a tense sequence.

Even screen veterans like Amitabh Bachchan could do nothing to rescue the badly-written dialogue with his iconic voice, although his on-screen presence, along with Nagarjuna, lends some much needed gravitas to the film.

But putting aside these two flaws, Brahmāstra is a treat for any movie go-er. The action sequences, though VFX-heavy, blend perfectly with the rest of the movie and has the effect of submersing the viewer in the Brahmāstra universe, which is especially true of the climax of the movie.

Mr Mukherji even sets up the next movie, 'Brahmāstra: Part Two - Dev' at the very end of this one, enticing viewers to come back for the next installment.

Despite a few bumps in the road, 'Brahmāstra: Part One – Shiva' is a movie that deserves to be experienced on the big screen.