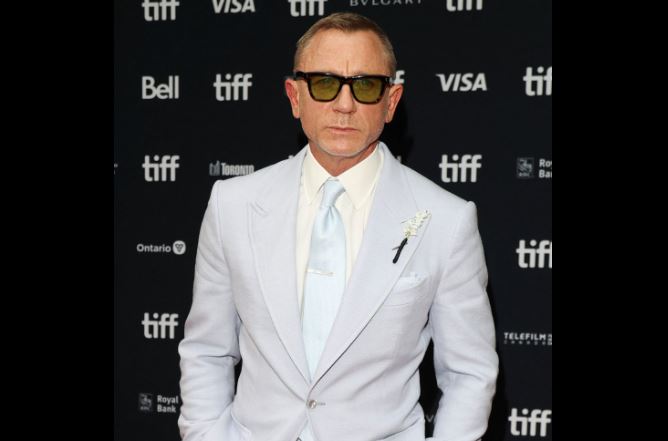 At the 'Glass Onion: A Knives Out Mystery' world premiere, Daniel Craig said he was "very lucky" to have worked with Queen Elizabeth, who died on Thursday.

"I was just very lucky to be part of something, the Olympics, and to get to work with her on something that I think a lot of people enjoyed and liked and laughed at," Craig said on the red carpet at the Toronto International Film Festival.

Writer-director Rian Johnson thanked a different majesty, the "queen of murder mysteries Agatha Christie," of whom he said every part of the series drew inspiration.

'Knives Out' grossed more than $300 million at the worldwide box office, proving fans were excited by Johnson's take on a whodunit. Johnson said he hopes to "scratch the same itch" with the sequel.

"It feels current, it feels now. It deals with issues we're dealing with day-to-day," said producer Ram Bergman. "Studios and filmmakers, for whatever reason, thought no one was interested (in the genre), but actually people are."

'Glass Onion' follows a similar formula as Southern detective Benoit Blanc (Craig) sets out to solve a new mystery, this time on a Greek island.

The stars were tight-lipped about the plot, not wanting to divulge any spoilers, but Kate Hudson said she very much enjoyed playing her character Birdie Jay.

"It was like putting on a different skin and I really loved every second of it."