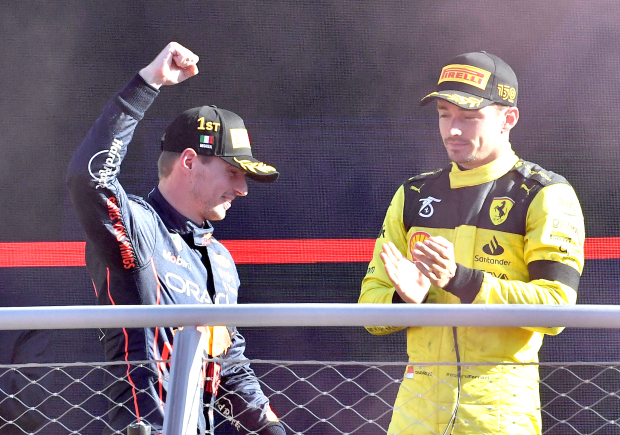 Analysis of the Italian Grand Prix, brought to you by Bahrain International Circuit

The Tifosi were out in force at Monza this weekend, with the sea of red intermittently splattered with a tinge of yellow for 2022, as the team sported a special livery for the race. This was to celebrate the 100th anniversary of the Monza circuit. Both this great and historic venue and the team itself are what many see at the beating heart of the sport and all the heritage that goes with it.

The team was formed in 1950 and they remain the longest-standing racing team in F1 and the most successful. Whilst there was plenty of reflection on the 20 victories achieved by Ferrari in Monza over that century, what fans really wanted was a Ferrari win. There was no doubt that the 2022 car has the ability and comparative pace, but a series of errors over the season has seen them underperform.

In qualifying there was much to be hopeful for the passionate Ferrari fans. Charles Leclerc took a surprisingly dominant pole, 0.14 seconds ahead of Verstappen and had looked quick throughout the sessions. To work out the grid for the rest of the field, it seemed like you needed a degree in computational maths, given the number of grid penalties for drivers taking above the limit of engine parts. No fewer than nine drivers were subject to some kind of penalty.

This pushed Verstappen back to seventh, with Sainz, Verstappen and Hamilton (3rd, 4th and 5th fastest), all making their way towards the rear of the grid. That left Russell to take the other front row spot on the grid, with the two McLarens on the second row, with Gasly and Alonso just behind. As ever with a mixed-up grid, it set a platform for an enthralling contest.

Whilst Norris got horribly bogged down at the start, the rest of the front got underway reasonably well. Verstappen looked like he was not hanging and went from seventh to third on the first lap alone and by lap five, he was already into second place. Sainz also made short work through the back of the field and had already climbed up to fifth by lap 12, having started 18th.

A virtual safety car on lap 12, with Vettel stopping by the side of the track with an issue, was the first catalyst for pit stops. Leclerc opted to go in, whilst Verstappen and Russell both stayed out. The general consensus is that a one stop strategy is optimal for Monza, so those stopping at this time would have a longer than expected second stint. Most opted to pit around lap 20, with Verstappen taking his only stop a little later on lap 26. This still left the Dutchman 10 seconds adrift of Leclerc, albeit on much fresher tyres.

Ferrari felt like they had to react – with Verstappen running almost a second a lap faster, doing nothing would have meant an inevitable overtake. They pitted Leclerc again, in the hope of making that time back over the remaining 20 laps. It would have been a tall order under any circumstances, but Verstappen was flying on the soft tyres.

Whilst lap 48 delivered a full safety car after Ricciardo stopped with an issue, it just wasn’t to be for Ferrari. You got the impression that whatever strategy they employed, Red Bull have simply been in another league over the last few races.

As the race finished under the safety car, the Tifosi dream of a 21st home win will have to wait another year. It was Verstappen’s win and, remarkably, his first ever podium at Monza. Further back, Russell held on for third in another consistent performance. Sainz, Hamilton and Perez completed the top six.

A final word on the race should be for Nyck De Vries. The Dutchman, a previous Formula E and Formula 2 champion was having a quiet coffee in Mercedes hospitality on Friday night when a call from Williams came through asking him to sub in for Albon who was ill. His ninth-place finish, earning him points on his F1 debut and rightly won him driver of the day.

F1 has now completed its European leg of the 2022 season, with the next race scheduled for 2 October in Singapore, for the remaining six flyaway races of the 2022 season. It remains an uphill struggle for Ferrari, but there will be plenty of battles through the grid for these final few races.