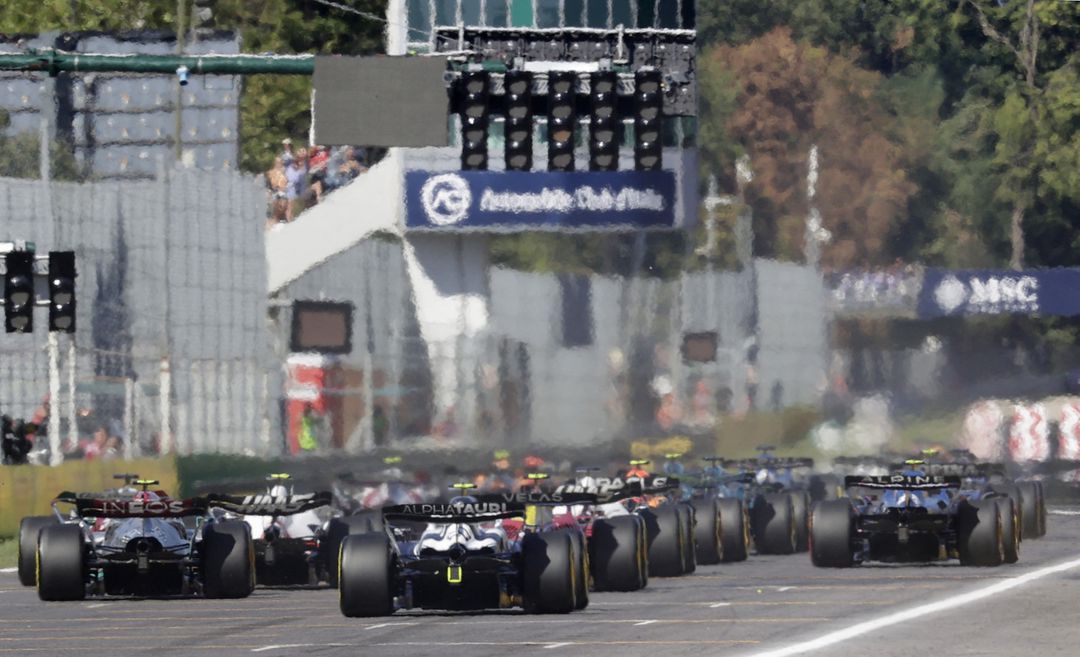 World champion Max Verstappen won then and now, but the irony at Monza was that his Red Bull team were the ones sounding off about how the race ended while previously aggrieved Mercedes defended officials.

This time, unlike December's race in Abu Dhabi, the FIA followed the rules and the fans still piled in with booing and jeers from Ferrari's home crowd.

The Briton, no longer a championship contender this year, missed out on a record eighth title in Abu Dhabi when now-departed race director Michael Masi tweaked the safety car rules to ensure a racing finish.

"It always brings memories back. That is the rule that it should be, right?" Hamilton said on Sunday after the safety car remained on track over the final laps as marshals tried to remove Daniel Ricciardo's stricken McLaren.

"(It's) only one time in the history of the sport that they haven't done the rule."

"There are rules and they are written down and from my perspective, whether I'm Abu Dhabi traumatised or not, these rules have been followed to the dot today," said the Austrian, who had George Russell third and Hamilton fifth.

"If one is not happy with the regulations, and you want to have a big bang show and two laps of racing and mayhem, I think I'm absolutely up for it. But then we need to change the regulations."

That will be up for immediate debate, with FIA president Mohammed Ben Sulayem holding a pre-arranged meeting with race officials and team managers on Monday.

"I'm sure this will be now near the top of the agenda," commented Red Bull team boss Christian Horner.

Whether anything will be decided remains to be seen.

Races could be stopped and re-started if the safety car is deployed after a certain stage of the race, but that is riskier for the race leader.

It might also raise the risk of more controversy in a sport stained by a 2008 scandal when Renault's Fernando Alonso won in Singapore after team mate Nelson Piquet Jr. crashed on purpose to trigger a safety car for the team's advantage.

"Despite the FIA and Formula One really pushing us all to find solutions, it was down to the teams and ... we couldn't agree on any better solution," he said.

"That's why I guess we simply have to accept that, unfortunately, situations like this can happen."