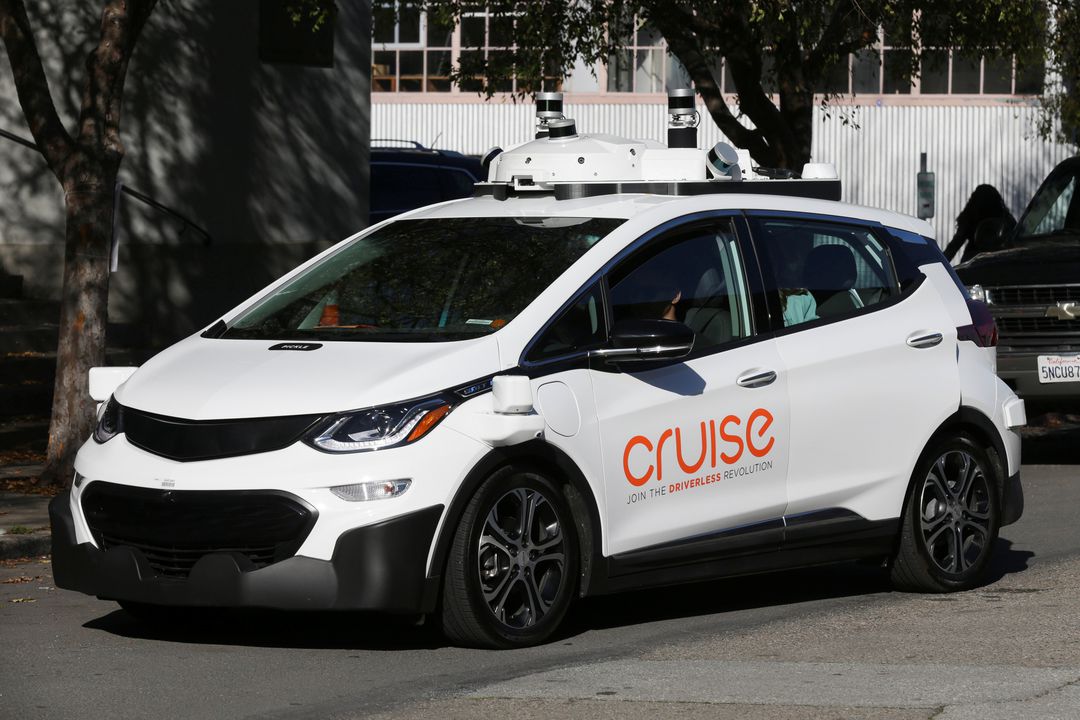 A self-driving GM Bolt EV is seen during a media event where Cruise, GM's autonomous car unit, showed off its self-driving cars in San Francisco, California, US (Reuters Photo)

Speaking at a Goldman Sachs conference, Vogt also said the loss-making Cruise unit aims to hit $1 billion in revenue by 2025 - or half its current level of annual investment from GM.

In June, Cruise started charging for self-driving car rides in San Francisco at night, using Chevrolet Bolt electric vehicles. Cruise operated as many as 70 driverless AVs concurrently in San Francisco, and plans to double or triple the number by the end of the year, Vogt said.

Vogt said its operations in Austin and Phoenix will initially involve a small number and will be "revenue-generating," with a plan to scale up operations next year.

Cruise has obtained all the permits necessary for using the driverless cars for ride-hailing and delivery services in Phoenix, where it has already tested its self-driving delivery service with Walmart, one of its investors.

Alphabet's Waymo is already operating a driverless taxi service in suburban Phoenix. In San Francisco, Waymo gives autonomous rides free of charge to a limited number of people with safety drivers on board.

Some investors are backing away from riskier bets on technology and reassessing how soon robot vehicles of any kind will be deployed in large scale on public roads.Vogt said the self-driving car industry has swung back from "extreme optimism" to "extreme pessimism," but this will change.

"I think people are going to be caught off guard by how quickly AVs (autonomous vehicles) go from the first ride that you've taken to available pretty much everywhere," he said.

Cruise recalled and updated software in 80 self-driving vehicles after a June crash in San Francisco that injured two people.

Vogt acknowledged "some rough spots we've got to keep working on" but said AV technology was "no longer the main bottleneck."