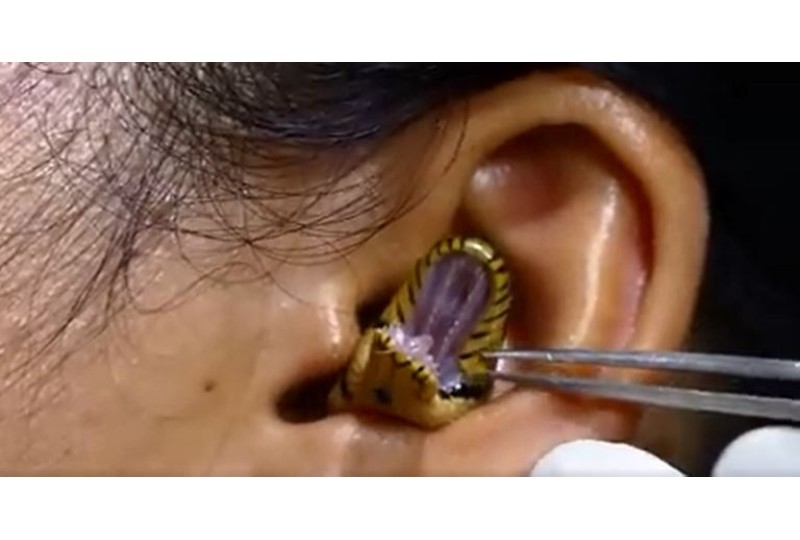 A screen grab of the video from Chandan Singh's Facebook page.

A viral video of a snake stuck in a woman's ear has divided the internet on whether it is real or not.

The video, initially posted to Facebook by Chandan Singh, shows the head of a snake poking out of a woman's ear while a surgeon attempts to remove it.

Chandan's post only says: 'Snake has gone into the ear' (translated from Hindi), without giving any details about where the video was shot or who are the people in the footage.

The authenticity of the video has come into question after the story went viral, with many social media users labelling it as "fake" outright.

Some of the questions that social media users have been asking regarding the video are:

"How did the snake get in there in the first place?"

"Why is the snake backed into the woman's ear?"

Do you think the video is fake or real?