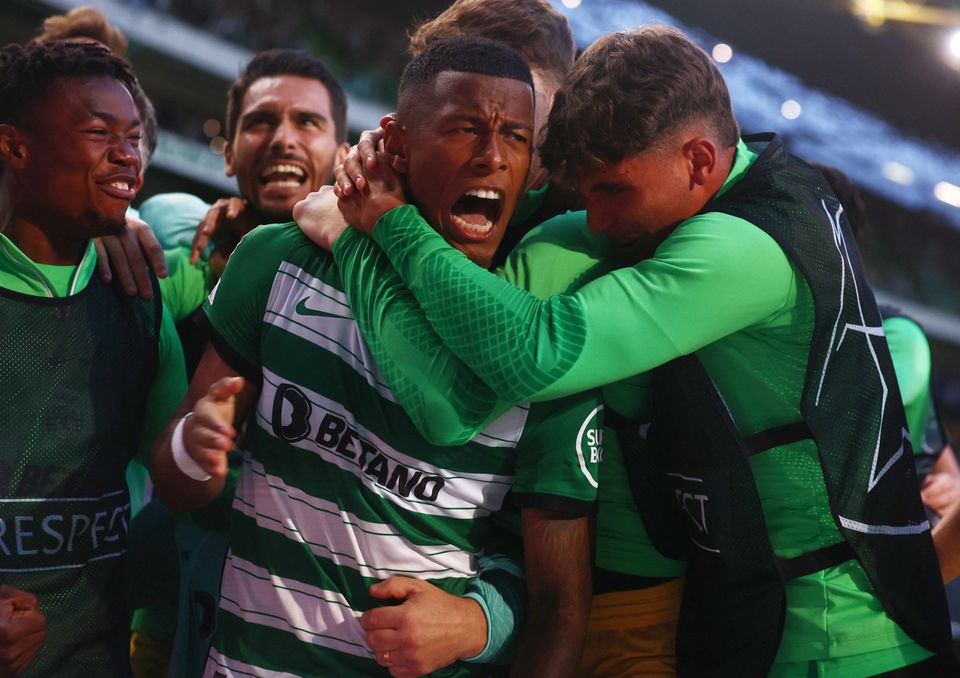 Tottenham Hotspur suffered their first defeat of the season as Sporting snatched a 2-0 home win over Antonio Conte's side in the Champions League on Tuesday with goals in added time from substitutes Paulinho and Arthur Gomes.

Spurs created the better chances in an open and entertaining match but Sporting striker Paulinho broke the deadlock in the 90th minute with a glancing header from a corner.

Brazilian forward Gomes, who had only come onto the pitch after the goal, made sure of the victory with a superb strike in the second minute of added time, finishing from close range after a breathtaking run into the box.

"It feels great. Winning like that at the end, after we put in a hard shift, we couldn’t be happier," said Sporting livewire Marcus Edwards, who started out as a trainee at Spurs. "We deserved it. We showed how we can play."

Spurs coach Antonio Conte was unhappy with the way his side collapsed at the end of a tricky encounter.

"For sure we are frustrated because the game was balanced and we tried to win the game in the second half," he said.

"But in the last 10 minutes we can do much better. They score with a corner, then we conceded the second goal after the 90 minutes. It’s a pity, a difficult game for sure."

There was a minute's silence to commemorate the death of Queen Elizabeth II, which led to all matches in the United Kingdom scheduled for last weekend being postponed and leaving Spurs with extra time to prepare for the trip to Portugal.

Tottenham's Richarlison, who scored both goals in last week's 2-0 win over Olympique de Marseille, had the ball in the net late in the first half but his effort was ruled offside.

Moments later Edwards almost scored a remarkable individual goal, dancing his way from the halfway line into the area before playing a one-two with Francisco Trincao and then shooting at goal, only to be denied by the leg of goalkeeper Hugo Lloris.

Richarlison missed further chances in the second half while Harry Kane narrowly failed to get on the end of a low cross from Ivan Perisic after the Croatian had torn down the left wing.

The game looked to be heading for a draw until Sporting midfielder Pedro Porro went on a late marauding run and curled a shot towards goal which Lloris just managed to tip over the bar.

His effort galvanised the home crowd and the team responded to grab a victory that gives them control of the group.

"It was a tough game, we had two or three situations where we could have done much better, but now we have to rest and focus on what's next," added a disappointed Conte.

Spurs host struggling Leicester City in their next Premier league game, returning to European action at Eintracht Frankfurt on Oct. 4, when Sporting play away to Marseille.