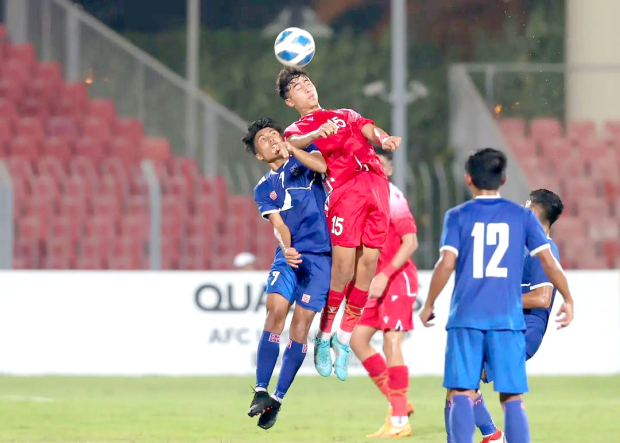 Action from the match between Bahrain and Nepal

Hosts Bahrain got their campaign back on track last night with a 6-0 defeat of Nepal in a Group B match of the AFC U20 Asian Cup Uzbekistan 2023 Qualifiers at the Shaikh Ali Bin Mohammed Al Khalifa Stadium.

Bahrain, who were held 0-0 by Bangladesh in their opener, took control from the first blow of the referee’s whistle and opened the scoring through Abdulla Sultan Alkhalasi’s spot-kick in the 19th minute.

Sayed Ali Naser doubled Bahrain’s lead three minutes before the break, leaving Nepal with a mountain to climb in the second half.

Bahrain, however, continued to dictate terms and Abdulrahman Gadban made it 3-0 in the 67th minute.