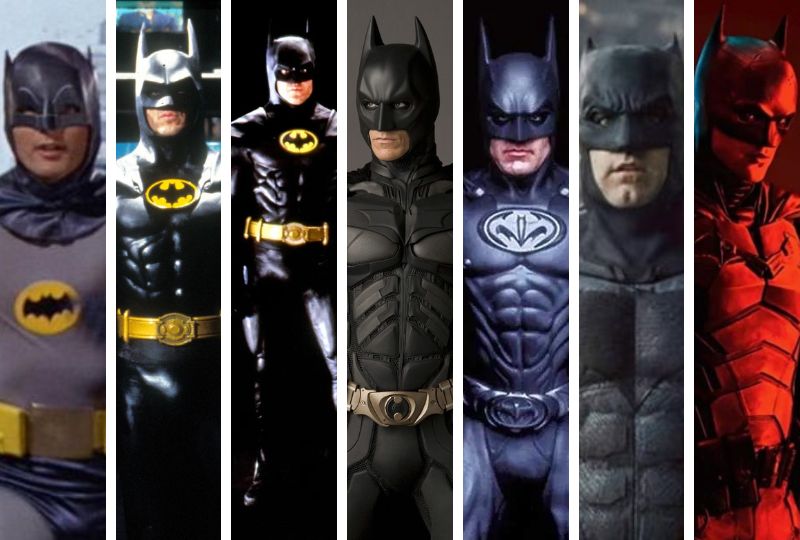 Batman has been a pop-culture staple for more than eight decades and so, the third Saturday of September is celebrated every year to commemorate the first time the caped crusader appeared on the pages of Detective Comics in 1939.

Since then, there have been countless iterations of Batman, some great and some not so much. But regardless, audience have loved this character ever since. Batman has been depicted on the big screen by seven different actors since then. Which has been your favourite so far?

Adam West was the first actor to portray the caped crusader in full technicolor in the 1966 TV series. He would later go on to act in a movie of the same name. West's Batman was characterised by a more 'campy' theme, not taking itself or the character too seriously.

Portrayed by Micheal Keaton and directed by Tim Burton, the 1989 movie made the caped crusader famous once again after the slump left after the cancellation of the 1966 TV series. And with Jack Nicholson as the clown prince of crime, the movie was a huge financial hit. Keaton would don the cowl once again in 1992 with Danny Devito and Michelle Pfeiffer joining the cast this time around.

Directed by the late Joel Schumacher, Batman Forever was a darker movie, at least on the inside with Val Kilmer potraying the world's greatest detective, along with Nicole Kidman, Jim Carrey, Tommy Lee Jones, and Chris O'Donnell rounding out the cast. The movie was a financial hit, and would spawn a sequel two years later.

This is the movie all of us and George Clooney wishes did't exist. Clooney replaces Kilmer as Batman in what is possibly the worst Batman suit ever made. The suit had nipples....need we say more? O'Donnell returns to play the Boy Wonder with Arnold Schwarzenegger, Alicia Silverstone and Uma Thurman joining the cast.

Christopher Nolan directed one of the most acclaimed superhero trilogies of all time, with Christian Bale playing the dark knight. The movies were known for a darker tone as opposed to the previous iterations, and combine that with some phenomenal performances from actors such as Morgan Freeman, the late Heath Ledger, Tom Hardy and Marion Cottilard.

Ben Affleck portrays an older Bruce Wayne in the DCEU's Batman V Superman: The Dawn of Justice. Although Affleck's portrayal as the caped crusader was met with mixed reception from the audience initially, the 2021 Zack Snyder’s Justice League was redemptive for the caped crusader.

When news broke that teen heart throb turned indie darling Robert Pattinson was going to portray Batman in the stand-alone movie by Matt Reeves, the internet was up in arms. But once the movie came out, both critics and audience was heaping praise on Pattinson's portrayal. The movie was a huge success, with a sequel in the plans already.