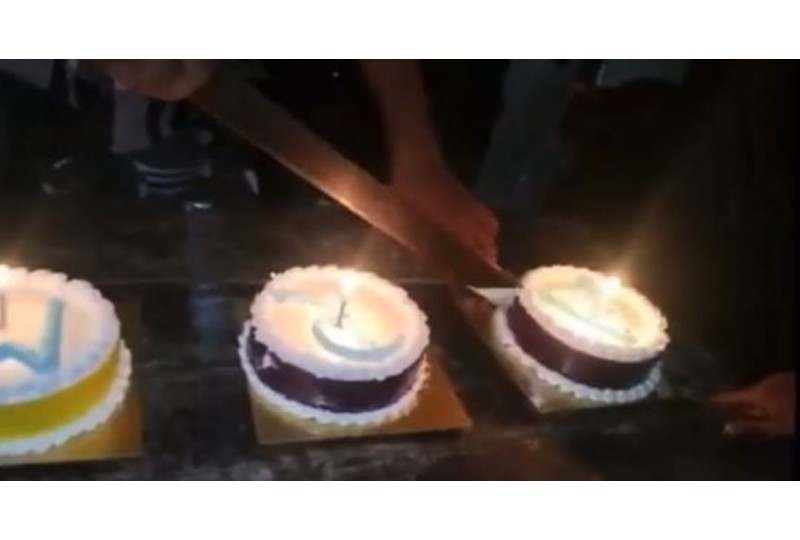 A screen grab of the video. (Video credit: TW/ AhmedKhabeer_)

A daring and unusual birthday celebration has led to a 17-year-old being booked under the Arms Act by the Mumbai Police.

The incident came to light after videos of the teenager emerged showing him cutting multiple birthday cakes using a sword.

A video of the celebration went viral shortly after a party that was organised by his friends began in Borivali, which showed him cutting 21 cakes using a sword.

The same video was brought to the attention of the Mumbai police by a journalist on Twitter.

A 17-year-old youth was allegedly arrested under the Arms Act by Maharashtra police for cutting birthday cakes with a sword in Mumbai's Borivali area.@MumbaiPolice pic.twitter.com/pu9Wea2Ftc

“Mumbai’s MHB Police have registered a case against a 17-year-old youth under the Arms Act for cutting his birthday cakes with a sword,” a Mumbai police representative confirmed. “A video went viral on social media where he was seen cutting 21 cakes with a sword. The video is from Borivali area,” the statement added.

The trend of cutting birthday cakes using swords have been gaining popularity.

In 2020, the Mumbai police arrested a man for cutting 25 cakes using a sword.