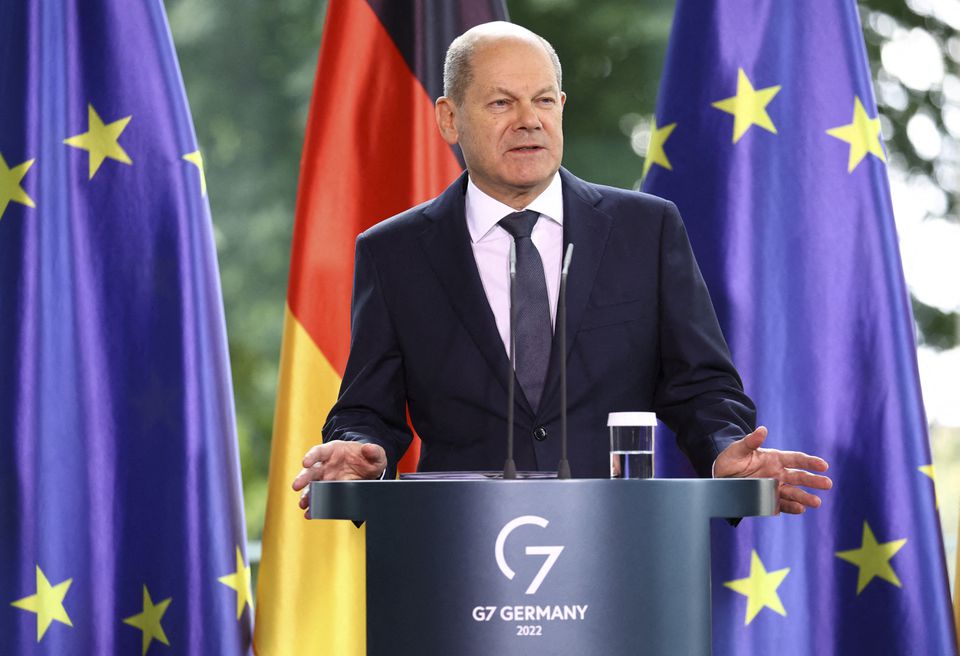 BERLIN: German Chancellor Olaf Scholz is expected to sign contracts for liquefied natural gas (LNG) during his visit to the UAE on Sunday, his deputy chancellor said, as Germany looks for new partners to replace Russian energy imports.

“The gas offering is slowly broadening. The government is permanently in talks with many countries,” Economy Minister Robert Habeck said, pointing to his own trip to the UAE in March.

German is acquiring LNG terminals as part of its efforts to diversify away from Russian gas.

Habeck was speaking in Lubmin in northern Germany, where the government hopes a state-leased floating storage and regasification unit (FSRUs) can be operational at the end of 2023 at the earliest.

“We must show that in times like these, we can plan, authorise and build faster than is usually the case in Germany,” Habeck said of the construction drive, adding that LNG projects in Wilhelmshaven and Brunsbuettel were examples of this.

“There is a good, realistic chance ... that the two FSRU vessels there will be able to feed into the German gas network from the turn of the year,” he said.

A deal with the UAE could be a boost for Scholz as the government struggles to offset Russian deliveries after the Kremlin shut down a key pipeline. Officials have grown increasingly concerned about blackouts and rationing this winter.

The German leader will be accompanied by “a high-ranking business delegation,” government spokesperson Steffen Hebestreit said, without giving further details.

Germany’s economy ministry said on Thursday a first test delivery of green hydrogen from the UAE had arrived in Hamburg, part of a push to establish a “comprehensive hydrogen value chain between Germany and the UAE”.