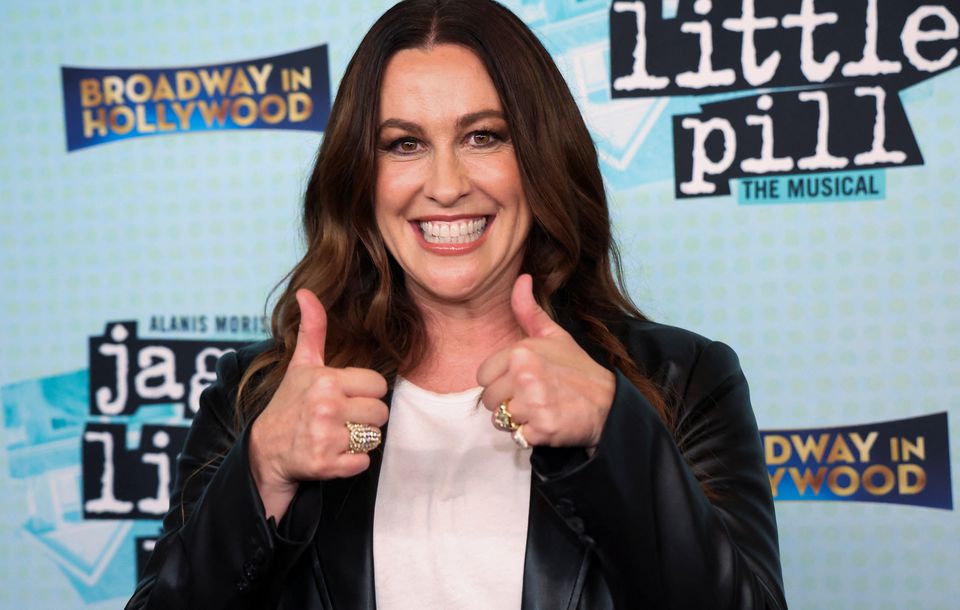 Alanis Morissette’s musical “Little Jagged Pill” received 15 Tony nominations and won two of them for best book and best actress after opening on Broadway for the 2019-2020 season before being forced to close in 2021 by the Covid-19 pandemic.

While the show had to close its curtains to new audiences in New York, it’s been given a new life touring the United States and opening in London’s West End.

"It was devastating, the Covid moment," Morissette told Reuters before opening night at the Pantages Theatre in Hollywood. "But at the same time the whole planet was subject to the Covid shift so we were in the pool with everybody."

The musical features all the tracks from Morissette's classic 1995 album of the same name and focuses on the Healy family’s complex struggles including opiate addiction, gender identity, sexual assault and more.

"There were different perspectives and incentives around what storyline, what narrative to follow," Morissette said. "I remember having a conversation with (writer) Diablo Cody and there had been some reticence expressed around the sexual abuse part and I remember thinking I'm a woman, I can back this up, I have different experiences that make it so I can speak to it directly and I think it assuaged their fear to the point where we moved forward to where the storyline now is."

“Being in the theater during some of those scenes is an incredibly intense experience because you see people personally connecting to those stories and you see people crying,” Cody told Reuters.

Watching the show for Morissette is also an opportunity to connect with the audience in unexpected ways. It can feel trippy to hear the words she wrote based on her own experiences resonate with others, she said.

“When I write it, it's all about me and then once I share it, it's not mine anymore. It can be made personalised. It can be shifted."

“Jagged Little Pill” is playing at the Pantages Theatre in Los Angeles, before touring the United States. It will open in London's West End in November.