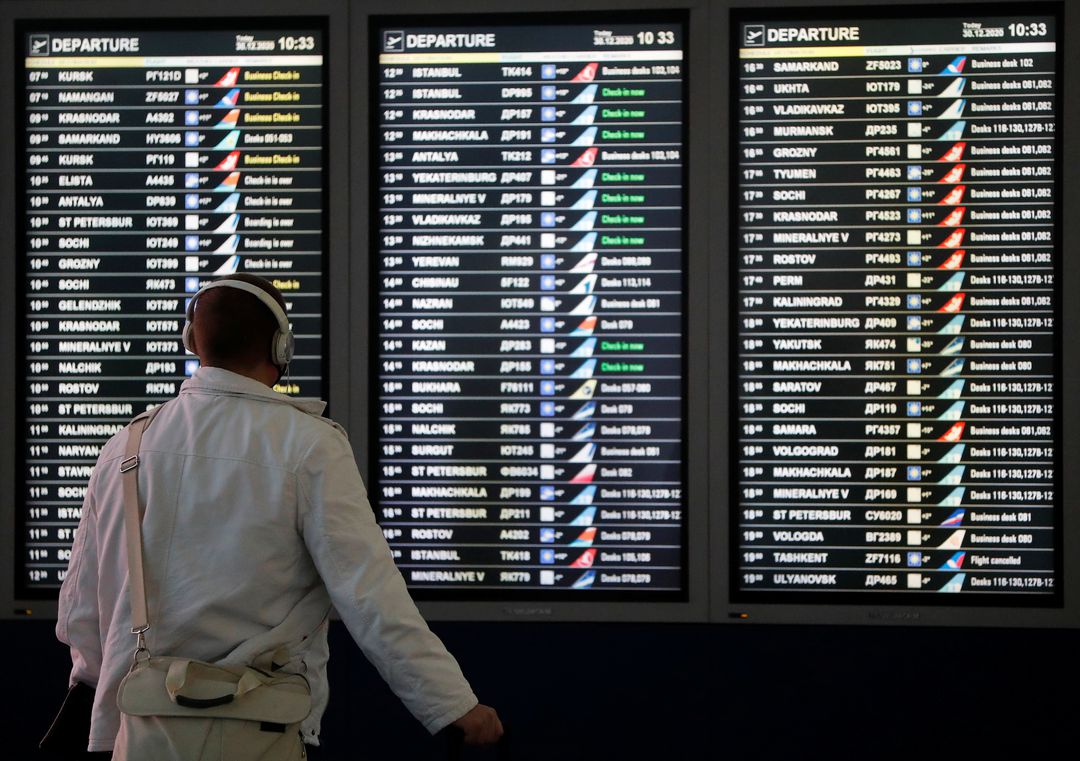 FILE IMAGE: A man looks at a flight information board at the departure zone of Vnukovo International Airport in Moscow, Russia December 30, 2020. Reuters Photo

GDANSK: One-way flights out of Russia were selling out fast on Wednesday after President Vladimir Putin ordered the immediate call-up of 300,000 reservists.

Putin's announcement, made in an early-morning television address, raised fears that some men of fighting age would not be allowed to leave Russia.

Defence Minister Sergei Shoigu said the call-up would be limited to those with experience as professional soldiers, and that students and those who had only served as conscripts would not be called up.

Nevertheless, Google Trends data showed a spike in searches for Aviasales, which is Russia's most popular website for purchasing flights.

Direct flights from Moscow to Istanbul in Turkey and Yerevan in Armenia, both destinations that allow Russians to enter without a visa, were sold out on Wednesday, according to Aviasales data.

Some routes with stopovers, including those from Moscow to Tbilisi, were also unavailable, while the cheapest flights from the capital to Dubai were costing more than 300,000 roubles ($5,000) - about five times the average monthly wage.