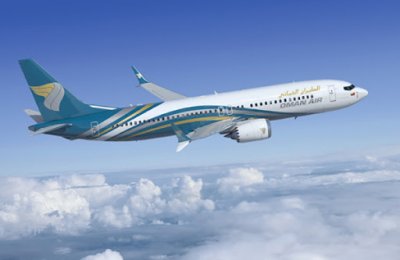 Oman Air, the national carrier of the sultanate, has signed a cooperation agreement with Qatar Airways in the lead up to Fifa World Cup Qatar 2022.
As per the agreement, twenty-one (21) daily flights will be operated between the two capitals - Muscat and Doha, to transport sports enthusiasts and football fans to the World Cup in Qatar 2022.
The agreement was signed in the presence of Azzan bin Qassim Al Busaidi, Undersecretary of the Ministry of Heritage and Tourism for Oman, Najeeb bin Yahya Al Balushi, Ambassador of Oman to Qatar, Engineer Abdulaziz bin Saud Al Raisi, CEO of Oman Air, and Haitham bin Mohammed Al Ghassani, Director General of Tourism Promotion at the Ministry of Heritage And Tourism Oman.
On the historic agreement, Al Busaidi said this deal is backed by the strong cordial relations shared by Oman and Qatar to contribute to the success of this mega event, which is being held for the first time in an Arab country.
"This was a great an opportunity to promote tourism as countries in Arab world were getting ready to be a part of this blockbuster event. Oman particualry has been preparing for this event, with the Ministry of Heritage and Tourism coordinating with a number of authorities, including the Ministry of Culture, Sports and Youth, the Royal Oman Police, Oman Air, Omran Group and Oman Airports Company," he stated.
Al Raisi said this agreement with Qatar Airways comes within Oman Air’s objectives to support the World Cup in Qatar. Twenty-one flights will be operated between the Omani and Qatari capitals, and Oman Air will work hand-in-hand with Qatar Airways to offer advanced support."
Qatar Airways will implement a number of promotional campaigns for the said agreement, and both the countries will mark the twenty-one flights as domestic carriers between the two countries and not external, he noted.
Al Raisi added that tickets and trips between the two countries will be exchanged between Oman Air and Qatar Airways with a special focus on the sultanate as a tourist destination, and the provision of a set, well-defined tourism package for the World Cup audience wishing to visit the country at competitive prices.
According to him, Qatar's hosting of FIFA World Cup 2022 is a golden opportunity to promote the Gulf region in general and sultanate in particular. "Oman, not only aims to benefit from this World Cup economically, but is also inclined to accelerate the recovery of its tourism sector post the pandemic," stated Al Raisi.
"Muscat is among the top cities in the Middle East region that will host the audience and visitors of the World Cup in Qatar, given its multiple tourism components represented in ancient markets, historical and archaeological monuments, as well as museums, entertainment venues modern complexes, diverse terrains such as mountains, deserts and beaches," he added.-TradeArabia News Service