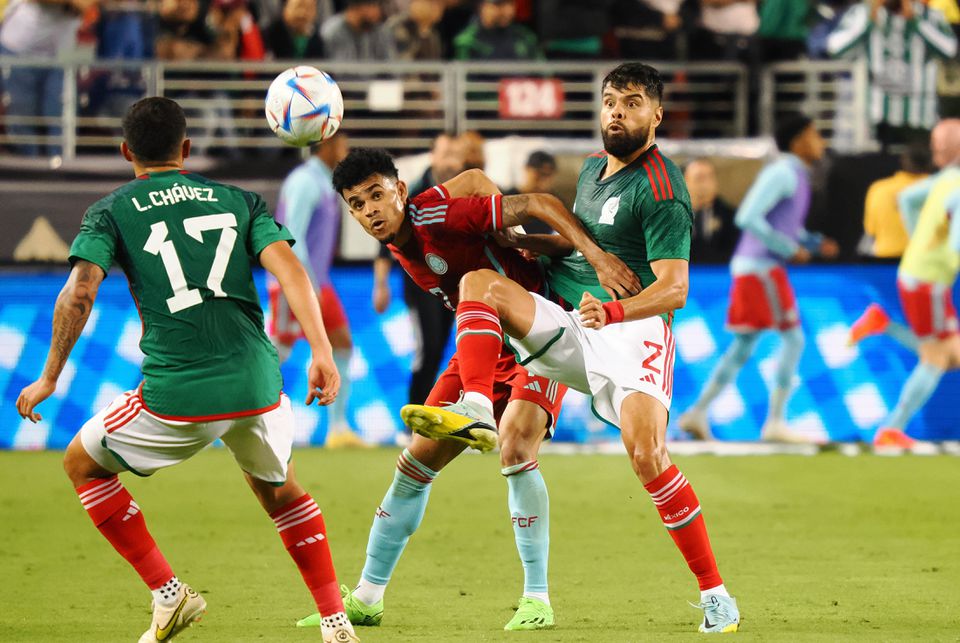 Luis Sinisterra scored twice and Wilmar Barrios added another as Colombia fought back from two goals down to beat Mexico 3-2 in a friendly at Levi's Stadium in Santa Clara, California on Tuesday.

Mexico took the lead in the fifth minute when winger Alexis Vega scored a penalty after Luis Diaz brought down Uriel Antuna inside the box and Gerardo Arteaga made it 2-0 after finishing off a team move in the 28th minute.

Colombia hit back after the break, with Sinisterra heading home in the 48th minute and scoring again three minutes later.

Barrios then completed Colombia's comeback with a brilliant volley in the 67th minute.

The referee paused the match in the 82nd minute because of homophobic chanting in the crowd.

Mexico are due to play two more friendlies in November before the Nov. 20-Dec. 18 World Cup in Qatar, where they will face Argentina, Saudi Arabia and Poland in Group C.

Colombia failed to qualify for the World Cup.