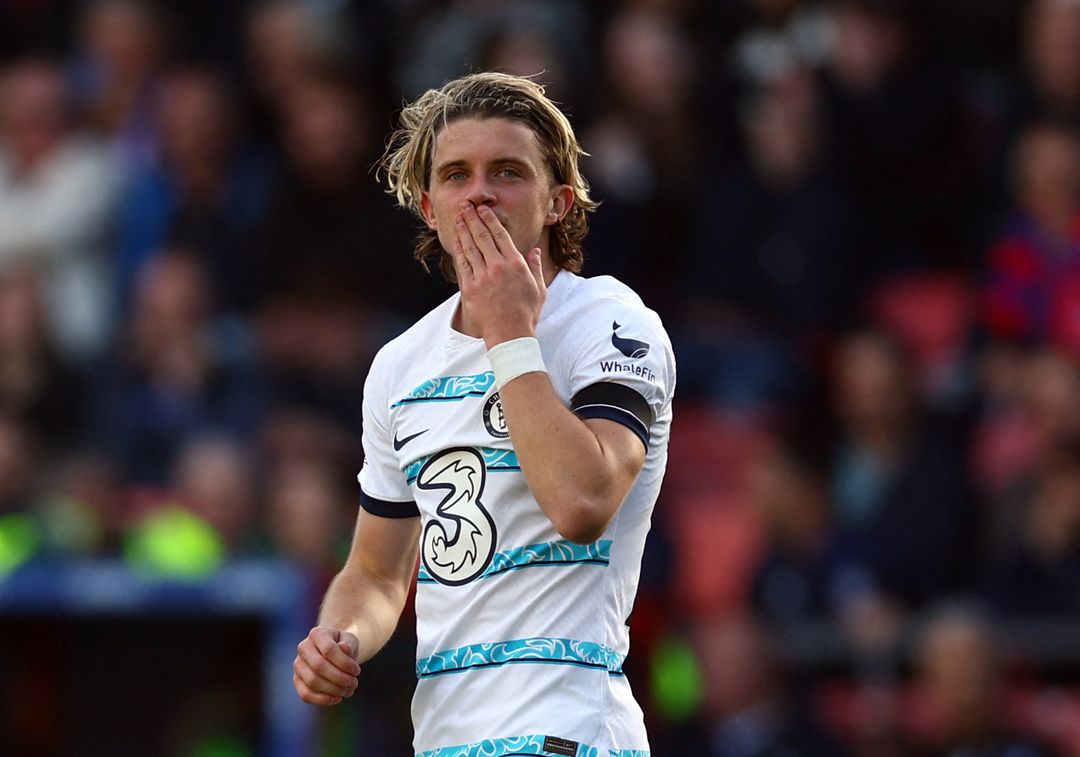 Conor Gallagher sealed a last-gasp comeback 2-1 win for Chelsea at Crystal Palace on Saturday, sinking the club he excelled for on loan last season with a glorious curling shot in coach Graham Potter's first Premier League game in charge of the Blues.

Gallagher -- applauded loudly by the home fans in the pre-match warm-up -- received a ball from fellow substitute Christian Pulisic, created a yard of space for himself and then bent the ball around Vicente Guaita for his first Chelsea goal.

Earlier, Pierre-Emerick Aubameyang had seized on a headed pass by Thiago Silva to level the match with his first goal for Chelsea in the 38th minute.

The Brazilian nodded down towards Aubameyang who let the ball cross him before swivelling and shooting to open his account for the Londoners following his move from Barcelona.

Palace were incensed that referee Chris Kavanagh had given Silva only a yellow card for denying Jordan Ayew a run on goal by handling the ball a few minutes before he set up Aubameyang.

Odsonne Edouard had given the Eagles the lead in the seventh minute when the French striker seized on a loose pass by Wesley Fofana, fed Ayew on the right and stabbed home the cross as it came back to him.

The result kept Potter's men eight points adrift of league leaders Arsenal, underscoring the challenge he faces after replacing Thomas Tuchel a month ago, although the Blues have a game in hand over the Gunners.

"We had to survive moments as they are a good side with dangerous players. To be a goal down and come away with three points is fantastic, so credit to the players," Potter told the BBC.

"There's character, that's for sure. They could've felt sorry for themselves after conceding the goal but the players stood up all the way through."

Before Chelsea's late winner, Palace had the best opportunity of the second half when Wilfried Zaha connected with a cross from the fleet-footed Michael Olise but his first-time shot was saved by Kepa Arrizabalaga.