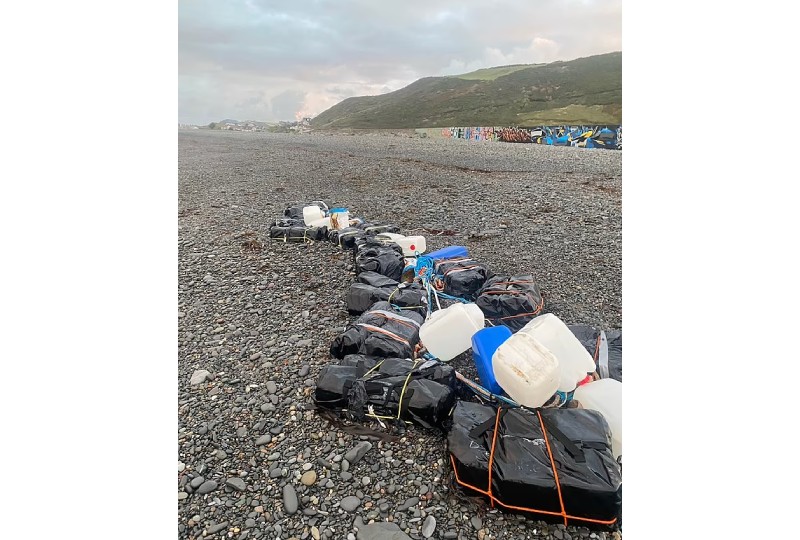 The bags of cocaine washed up on shore..

A man in Wales had the shock of his life when he discovered bags of cocaine worth over BD38 million (£90 million) washed up on a beach while he was out for a walk.

The 30-year-old was walking along the Tan-y-Bwlch beach near Aberystwyth when he stumbled across 30 bags of cocaine, he said.

The bags were covered in black plastic and tied together with ropes that were attached to empty jerry cans for buoyancy.

It has been reported that when police had cut the bags for inspection, the 1kg bricks of cocaine had been labelled after luxury fashion brand 'Dior'.

Drug dealers and smugglers have recently taken to branding their products with such well known brands to allay suspicion from authorities.