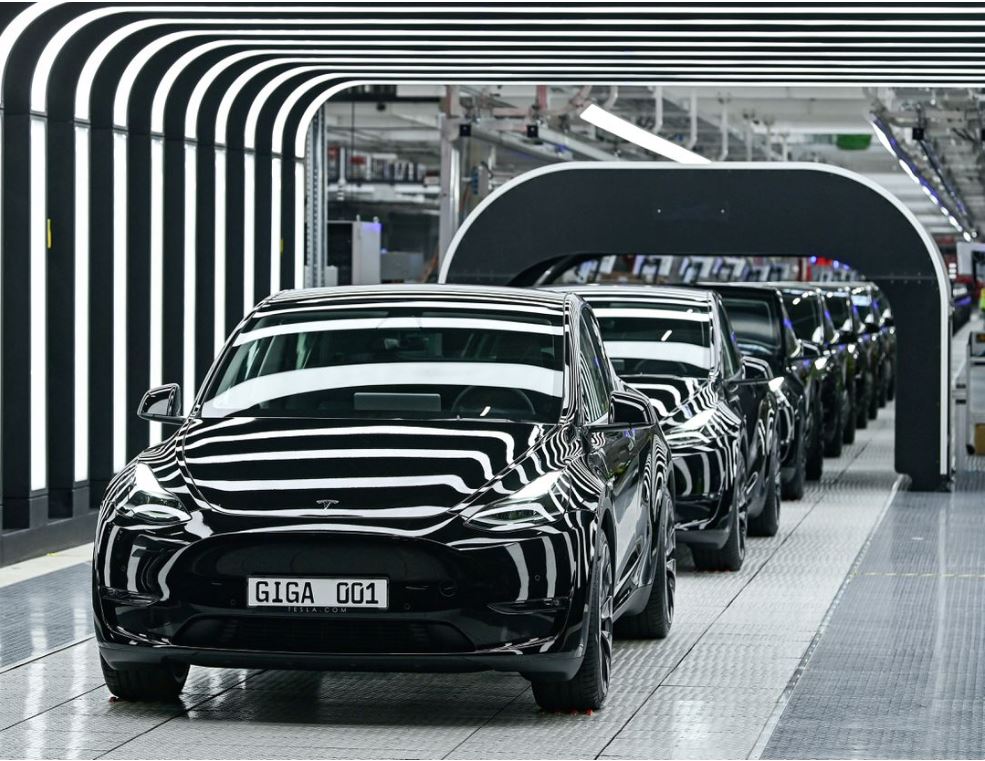 The top electric car maker said "it is becoming increasingly challenging to secure vehicle transportation capacity and at a reasonable cost," but some analysts were also concerned about demand for high-ticket items due to the weakening global economy.

"The economy around the edges is still having a negative impact for Tesla that's mostly logistical. But that I think there is some demand (issues) sprinkled in there," Wedbush Securities analyst Dan Ives told Reuters after the delivery results.

"There is a dark cloud over the auto sector. And Tesla is not immune."

Ford Motor (F.N) said last month inflation-related costs would be $1 billion more than expected in the third quarter and that parts shortages had delayed deliveries.

Apple Inc. (AAPL.O) is backing off plans to increase production of its new iPhones this year after an anticipated surge in demand failed to materialise, Bloomberg reported last month, citing people familiar with the matter.

"I think that EVs are in for probably a little bit of a rough patch, just because people are probably going to be a little bit hesitant and less urgent to buy something new," OANDA senior market analyst Ed Moya said.

Tesla delivered 343,830 electric vehicles, a record for the world's most valuable automaker, but less than the 359,162 analysts on average had expected, according to Refinitiv. A year earlier Tesla delivered 241,300 units.

The latest deliveries fell short of Tesla's production of 365,923 vehicles, which is rare for the automaker which has seen its deliveries higher or similar to production in many of recent quarters.

"As our production volumes continue to grow, it is becoming increasingly challenging to secure vehicle transportation capacity and at a reasonable cost during these peak logistics weeks," Tesla said in a statement on Sunday.

Last year, he said Tesla is having a "crazy wave" of deliveries at the end of each quarter, because its Shanghai factory makes cars for exports to Europe and other countries in the first half of a quarter and then cars to be sold in China.

Tesla again asked employees to help deliver "a very high volume of vehicles to eagerly waiting customers during the final days of Q3" in California, according to an email seen by Reuters.

Tesla on Sunday said it has "began transitioning to a more even regional mix of vehicle builds each week, which led to an increase in cars in transit at the end of the quarter."

Tesla set an ambitious target to produce almost 495,000 Model Y and Model 3s in the fourth quarter of this year, internal plans reviewed by Reuters show.

The company's production ambitions come against the backdrop of increasingly gloomy outlook for global growth, with Musk himself telling top managers in June he had a "super bad feeling" about the economy and planned to cut staff.

During a conference call in July, Musk said at first that macroeconomic uncertainty might have some impact on demand for its electric vehicles, but when pressed for details by an analyst, he said the company did not have a demand problem but a production problem.

The automaker expanded production capacity in Shanghai after a resurgence in COVID-19 cases forced a suspension at the plant and fuelled the first dip in deliveries after a nearly two-year-long record run.

Tesla said it delivered 325,158 Model 3 compact cars and Model Y sport-utility vehicle, as well as 18,672 of its Model S and Model X premium vehicles to customers during the quarter

Meanwhile, Musk on Friday showed off a prototype of its humanoid robot 'Optimus,' predicting the electric vehicle maker would be able to produce millions and sell them for under $20,000 - less than a third of the price of a Model Y.

Experts were impressed by the speed of development of Tesla's humanoid robots, but they agreed with Musk, who said "there's still a lot of work to be done to refine Optimus and prove it."