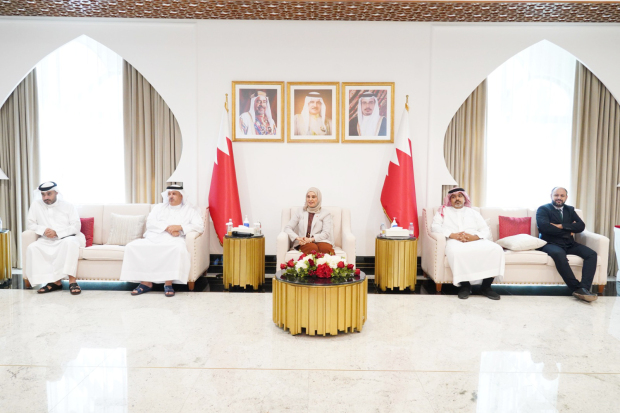 Ms Zainal, centre, with Parliament secretary-general Rashid Bunajma, second from left, with media personnel at the gathering
MEMBERS of the media will have a voice and their opinions will be taken into consideration over planned amendments to the Publications Law before it goes to the vote by newly-elected MPs later this year, assured the country’s highest legislator. National Assembly and Parliament Speaker Fouzia Zainal acknowledged that there were concerns that proposed fines were too high, could hinder the freedom of the Press and journalists’ ability to freely conduct their work .