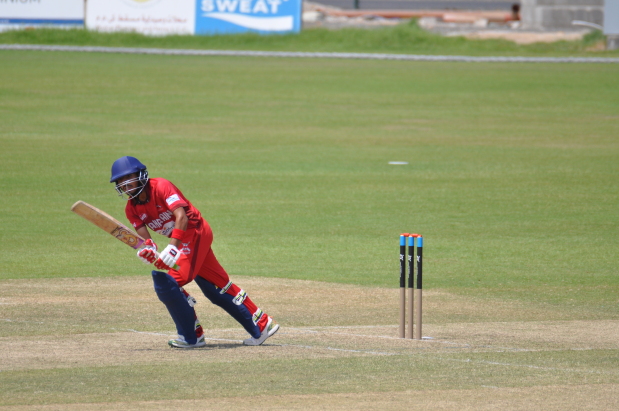 Bahrain crashed to an 86-run defeat against hosts Oman yesterday in their last Group A match of the eight-team 2024 ICC U19 Men’s Cricket World Cup Asia Division 2 Qualifier at the Al Amerat Cricket Ground in Muscat.

Batting first after Oman captain, Arjun Dhiman won the toss, the hosts were bowled out for 178 in the 49th over with leg-spinner, Nadith Tennakoon and medium-pacer, Muhammad Adil Khan sharing eight wickets between them.

Chasing 179 to win, Bahrain’s innings faltered as they slumped to 13 for three in the eighth over and never really recovered as they limped to 92 all out in the 35th over, with Khan top-scoring with 22.

“I think these young boys have done exceptionally well so far. Most of them are not even 16 – our oldest player just turned 17. And they’re competing against 18-year-olds in the other teams. So, all credit to them and I’m sure they’ll bounce back in the semi-final.”

Both teams had already qualified for the semi-finals. But Oman will now head into the last-four stage as group leaders with six points from their three wins in as many matches, with Bahrain in second place with four points.

Who their respective opponents will be depends on the result of today’s last Group B game between Singapore and Hong Kong, both of whom have also already qualified for the semi-finals with two wins each.

Oman will play the Group B runners-up while Bahrain will face off against the Group B leaders in the semi-finals, both of which are scheduled for Thursday.

The final will be played on Friday.

The two finalists will head to the Asia Qualifier in 2023. Kuwait, Malaysia, Nepal and the UAE have already qualified for that event.