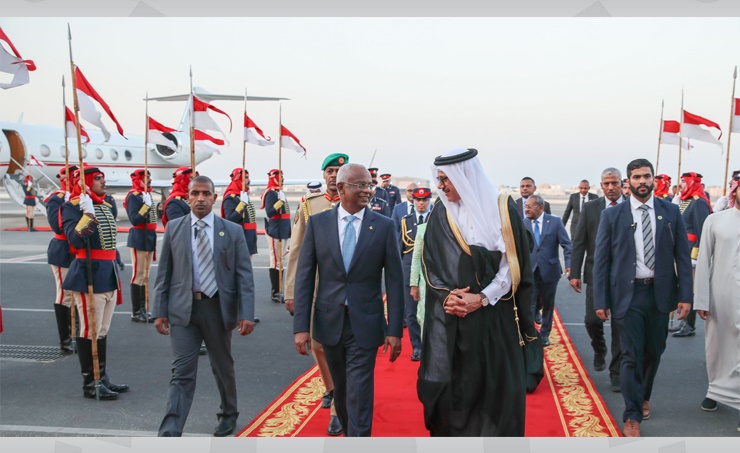 Maldivian President arrives in Bahrain
President of the Republic of Maldives, Ibrahim Mohamed Solih, and his accompanying delegation arrived in the Kingdom of Bahrain on a visit during which he will hold talks with His Majesty King Hamad bin Isa Al Khalifa on bilateral relations of friendship and cooperation as well as regional and international issues of mutual interest. The Maldivian President was received on arrival at Bahrain International Airport by mainly Foreign Minister, Head of the Mission of Honor, Dr Abdullatif bin Rashid Al Zayani, and Ambassador of the Republic of Maldives to the Kingdom of Bahrain, Mohammed Khalil .