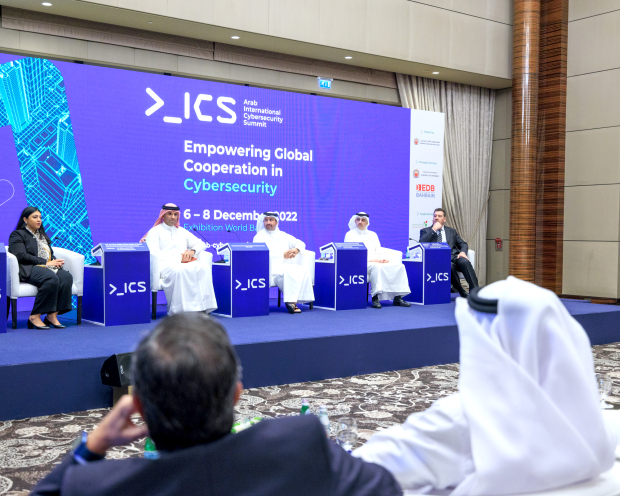 Officials at the Press conference
Bahrain’s ambition to become a cybersecurity centre of excellence will be a key focus of the upcoming first Arab International Cyber Security Summit (AICS), officials have said. Taking place under the patronage of His Royal Highness Prince Salman bin Hamad Al Khalifa, the Crown Prince and Prime Minister, the first ever event of its kind lined up for December 6 to 8 this year at the Exhibition World Bahrain in Sakhir, has drawn interest from all over the world, with Apple co-founder Steve Wozniak and Netflix co-founder Marc Randolph already confirmed as attendees .