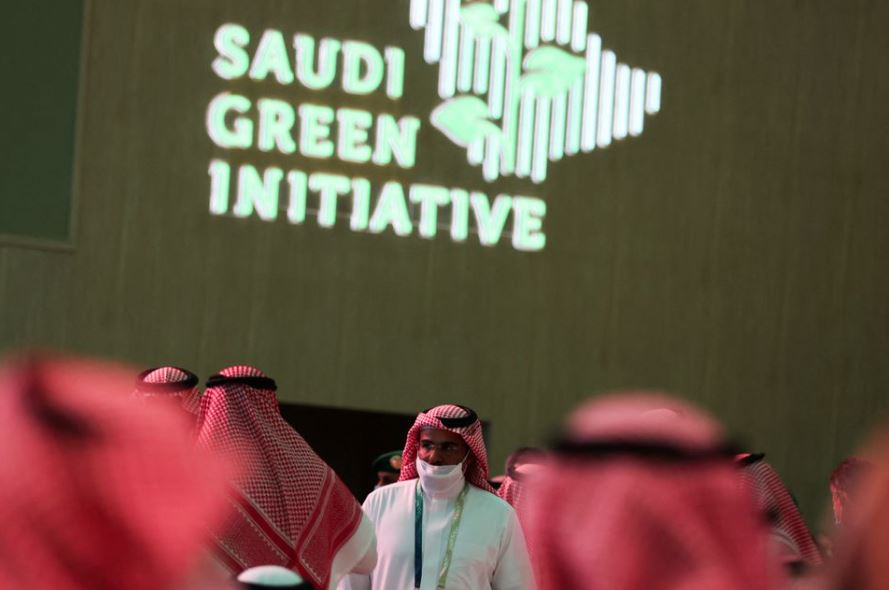 Saudi Arabia's Public Investment Fund was set to raise $3 billion on Wednesday in its first foray into the debt capital markets, taking advantage of a brief period of calm to become the first sovereign wealth fund to issue green bonds.

PIF joined a flurry of other issuers tapping the market after a run of heightened volatility that has lasted most of the year, selling the first ever green bonds with a 100-year maturity alongside two other tranches of the issue.

Initial price guidance for the five- and 10-year paper was tightened by 25 bps, while the 100-year tranche had been indicated in the 7-7.25pc area.

The inclusion of 100-year bonds was the result of investor enquiries, a source with knowledge of the deal said, with market watchers adding that the long maturity reflected the issuer's confidence.

"It is for brave hearts or fools," a fixed income analyst in the region said of 100-year bonds in general.

Overall demand topped $22 billion, with the five-year drawing more than $10.3 billion of interest, the 10-year attracting over $8.5 billion and the 100-year more than $3.2 billion, the bank document showed.

The fund, which manages more than $600 billion in assets and plans to grow that to over $1 trillion by 2025, is at the centre of Saudi Arabia's agenda to diversify the economy away from oil, spearheaded by Saudi Crown Prince Mohammed bin Salman.

PIF expects to invest more than $10 billion by 2026 in eligible green projects, including renewable energy, clean transport and sustainable water management, an investor presentation for the bonds showed.

By comparison, the fund has said it would invest about $40 billion domestically each year through 2025, although it reached little more than half that target last year.

Issuance of green bonds, proceeds from which are used to finance sustainable activity, has jumped from $2.3 billion in 2012 to $511.5 billion last year, based on Refinitiv data.

"Issuance of green bonds appears to be accelerating which is welcome news for a region that has an important role to play in the global (energy) transition," said Dino Kronfol, Franklin Templeton's chief investment officer of global sukuk and MENA fixed income.