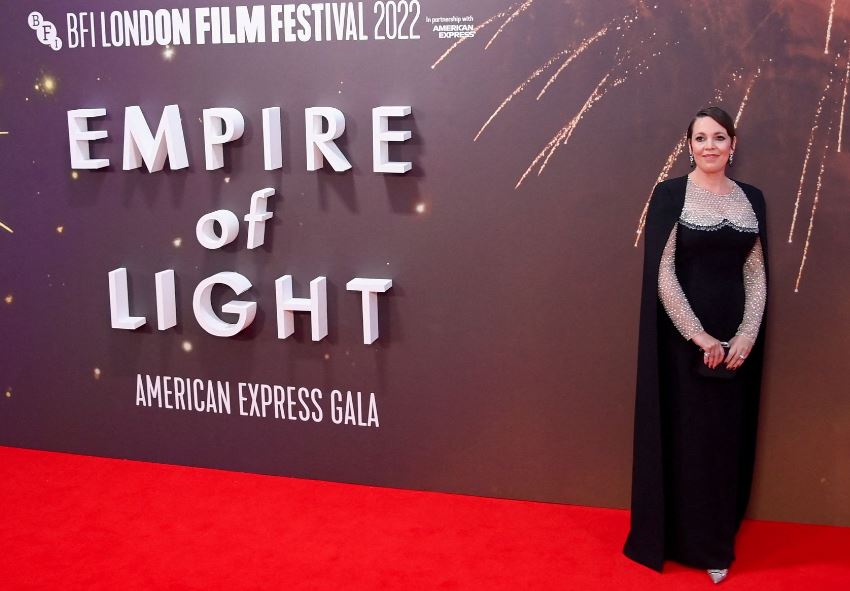 Oscar-winning director Sam Mendes celebrates cinema and the families we choose and that choose us with his new film 'Empire of Light', a star-studded drama he wrote, directed and produced.

A love story set in an English seaside town in the early 1980s, 'Empire of Light' stars Olivia Colman, Colin Firth and Toby Jones as workers in a local movie theatre, the 'Empire'.

With the country in recession, Colman's character Hilary recovering from an episode of mental illness, and racial tensions building outside the doors of the Empire, the new decade has got off to an uncertain start for the staff.

The arrival of Stephen, an upbeat young Black ticket collector played by Micheal Ward, injects new life into the cinema.

Stephen instantly bonds with Hilary, a lonely middle-aged woman, and their budding relationship helps both find solace and inspiration.

Mendes, who won the best director Oscar for 1999's 'American Beauty' and co-wrote the Oscar-nominated 2019 film '1917' makes his solo screenplay debut with 'Empire of Light,' which he wrote during the Covid-19 pandemic. Much of it reflected on growing up and his mother, he said.

"It was very personal, it really was stimulated by memories from my childhood of growing up around someone who was mentally falling apart and yet somehow heroically was also bringing me up at the same time. So it is a love letter to her and to the courage of people struggling with mental illness," the director, 57, told Reuters at the movie's London Film Festival premiere on Wednesday.

"And at the same time it's also set in and around the cinema that's seen better days, written during a time when we were worried that all those things were going and we'd never see them again," he said.

Mendes wrote the role of Hilary for Colman and asked Ward for input on his character.

"It's rare that you get to see an older woman with a younger man, especially an older white woman but younger Black man. So for me to tell that story was just super important and working with Olivia made that a lot more easier," said Ward.

'Empire of Light' is released in US cinemas on December 9 and globally in early 2023.