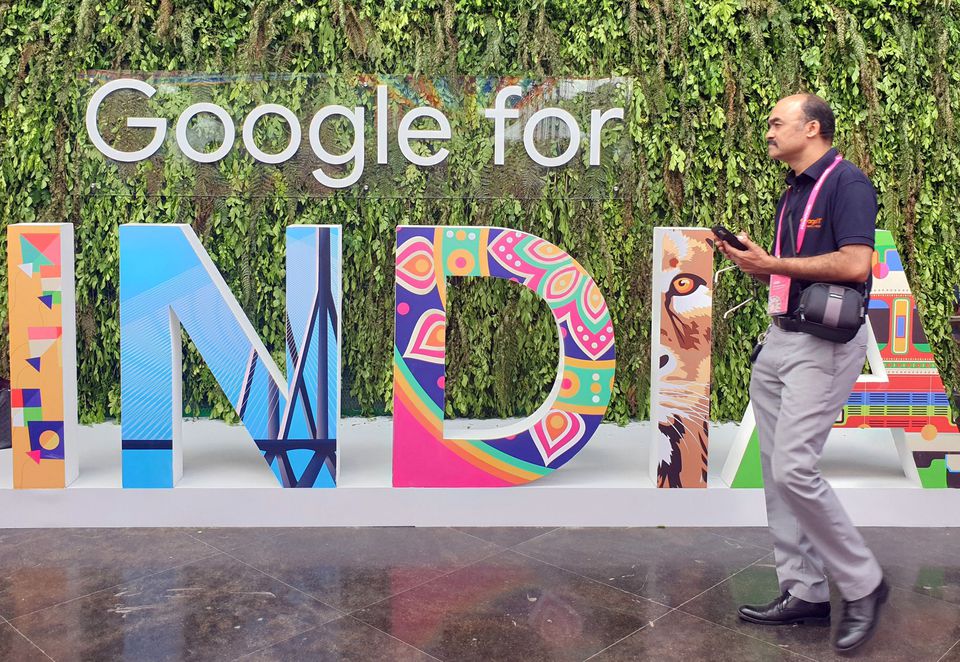 A man walks past the sign of "Google for India", the company's annual technology event in New Delhi, India, September 19, 2019. - Reuters File Photo

The Competition Commission of India (CCI) said Google leveraged its dominant position in markets such as online search and app store for Android, to protect the position of its apps like Chrome and YouTube in mobile Web browsers and online video hosting.

CCI also restricted Google from certain revenue sharing agreements with smartphone makers, noting that such practices helped Google to secure exclusivity for its search services "to the total exclusion of competitors."

"Markets should be allowed to compete on merits and the onus is on the dominant players (in the present case, Google) that its conduct does not impinge this competition on merits," CCI said in a statement.

The U.S. company is facing a series of antitrust cases and the tightening of existing tech-sector regulations in India.

The competition watchdog is separately looking in to Google's business conduct in the smart TV market and its in-app payments system.

The Android-related probe, started in 2019, was sparked by a complaint from two junior Indian antitrust research associates and a law school student. The Indian case is similar to one faced by Google in Europe, where regulators imposed a $5 billion fine on the company for forcing manufacturers to pre-install its apps on Android devices.

Google was ordered by India on Thursday not to restrict smartphone users from uninstalling its pre-installed apps like Google Maps and Gmail.