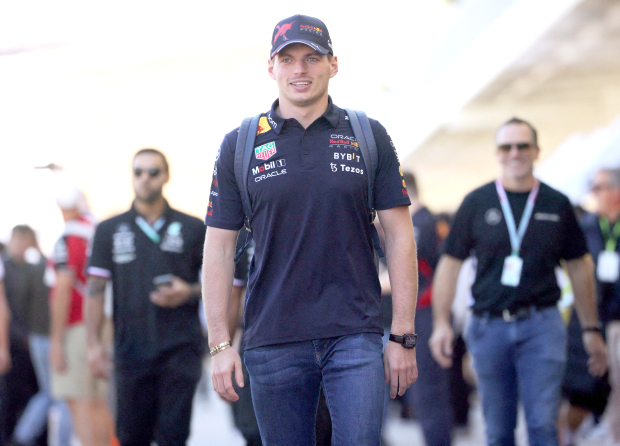 Verstappen, last year’s winner at the Circuit of the Americas, needs one more victory to join German greats Michael Schumacher and Sebastian Vettel as the only drivers to have racked up 13 wins in a single season.

At the same time Red Bull can clinch their first constructors’ championship since 2013.

That would be the team’s first title double since 2013 when Vettel saw out the V8 era with his fourth and final crown before the switch to the V6 turbo hybrids that powered the rise of Mercedes.

“That is the next target and I’m going to give it everything I have, of course, to make sure that we’re going to win that one as well,” said Verstappen after retaining his driver’s crown in Japan.

The reality is that the 25-year-old may not have to do much at all to clinch the team title, with Red Bull 165 points clear of second placed Ferrari and only 147 remaining to be won after the race in Austin – more than usual due to a remaining sprint race in Brazil.

If Ferrari fail to score 19 points more than Red Bull in Texas, the contest is over.

The Italian team have managed that only once this season, when Red Bull suffered a blank in the opening Bahrain Grand Prix and Ferrari finished one-two with fastest lap.

Red Bull have won the last seven races, and 14 of 18, with five one-two finishes constituting the team’s most successful season yet – even if one overshadowed by a budget cap breach that remains a major talking point..

The team are only 31 points short of equalling their biggest single season total of 650, achieved when they did the title double in 2011.

Mercedes, winless in 2022, will be hoping for a strong showing at a track that has been good to seven-times world champion Lewis Hamilton and where they will have a final upgrade package for the season.

“If we can make a step, hopefully, we can get into the fight with the Ferraris and the Red Bulls,” said trackside engineering director Andrew Shovlin.

While the focus will be on Red Bull wrapping up the constructors’ title, unless they have a nightmare weekend, there are plenty of other storylines to keep fans entertained.

American F2 driver Logan Sargeant will take part in first Friday practice with Williams in what could be an audition for a 2023 drive, with the team having Canadian Nicholas Latifi’s seat to fill.

Spaniard Alex Palou, the 2021 IndyCar champion, will be on track for McLaren in the same session.

Mexican fans will be relishing the battle for second place in the drivers’ championship, with Red Bull’s Sergio Perez only a point ahead of Ferrari’s Charles Leclerc.