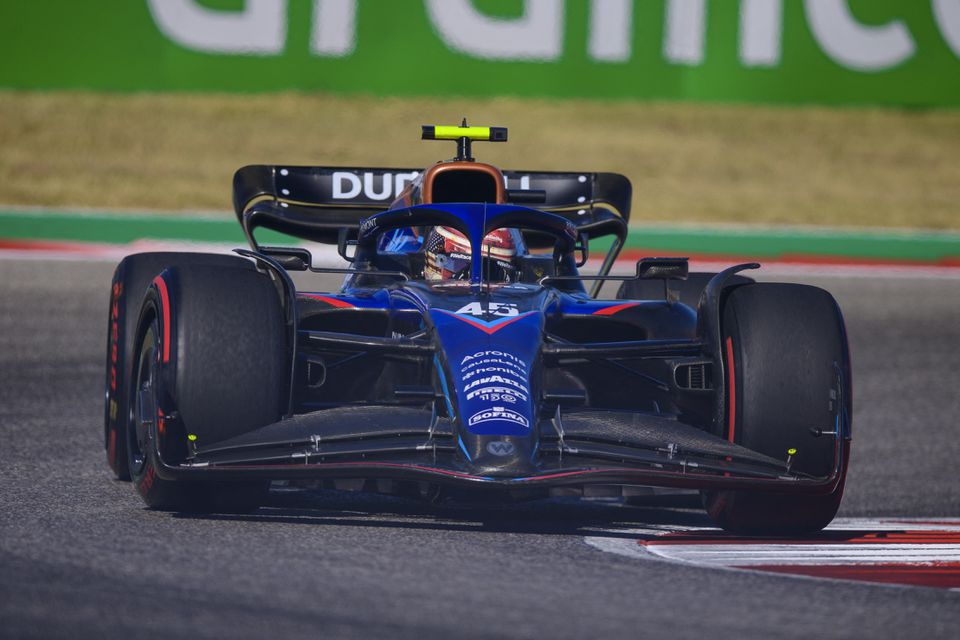 Williams Racing driver Logan Sargeant (45) of Team USA drives during practice for the U.S. Grand Prix at the Circuit of the Americas. - Reuters Photo

THE United States will have a driver on the Formula One starting grid for the first time since 2015 after Williams announced Logan Sargeant for next season, provided he secures a super-licence.
The Florida-born 21-year-old is on course to do that, currently third in the Formula Two series, and made his F1 race weekend debut when he took part in the first free practice for the US Grand Prix in Austin on Friday.
All going to plan, he will become the first American to race in Formula One since Alexander Rossi entered five grands prix with now-defunct Marussia in 2015.