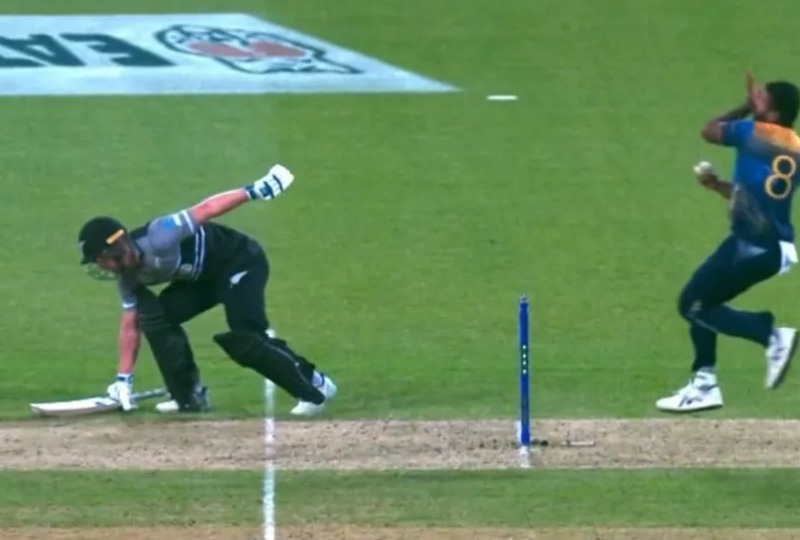 SYDNEY: While the debate around "Mankading" continues unabated, New Zealand's Glenn Phillips showed how to avoid getting run-out at the non-striker's end by taking a sprinter's start position in Saturday's T20 World Cup match against Sri Lanka.

Running out a non-striker who has prematurely left the crease even before the ball had been bowled is legal, but some find it against the spirit of the game.

Others believe non-strikers stealing ground in search of quick runs deserve to be "Mankaded". The practice was named after India's Vinoo Mankad, who dismissed Australia's Bill Brown in a 1947 test in Sydney in similar fashion.

During the course of his match-winning hundred in Sydney, Phillips crouched at the non-striker's end like a sprinter on the starting blocks, and ran hard between the wickets.

"I guess the position was to be able to see the bowlers and take off as quick as possible," the 25-year-old, who scored 104 of the team's 167, told reporters after their victory.

"From a sprinter's start when you're trying not to be out of the crease as much as possible - there's been a lot going around about Mankads and leaving the crease.

"At the end of the day, it's my responsibility to make sure that I'm in the crease and leave at the right time.

"If the bowler is doing his job, then he has the right to be able to take the bails off. For me to be able to get into that start, that position as quick as possible, it just made sense."

Former West Indies player and commentator Ian Bishop was among those intrigued by Phillips' ingenuity.

"Looks like Glenn Phillips learnt more than a thing or two from playing for the Jamaica Tallawahs in the home of Usain Bolt and Yohan Blake amongst others," tweeted Bishop referring to the Jamaican athletes.

Phillips was not sure if more batsmen would follow his example.