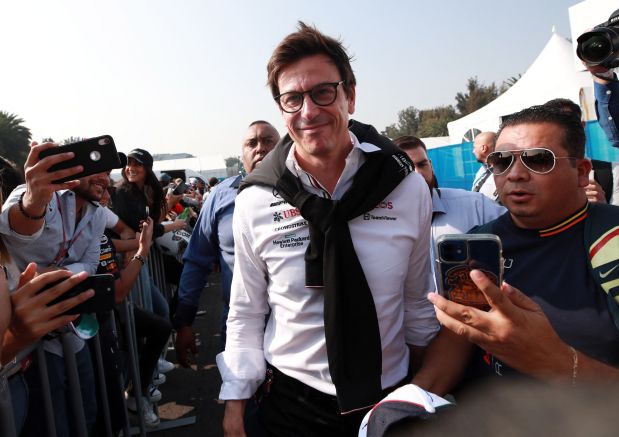 Red Bull's double world champion Max Verstappen will be ahead on pole position with the 25-year-old chasing a record 14th Formula One win in a single season at a track where he has won three times before.

The qualifying was still Mercedes' best team performance so far in a tough 2022 spent wrestling with a tricky and bouncing car.

"I think so," Wolff said, when asked by reporters whether Mexico was the best chance of avoiding a win blank for a campaign that has already seen Mercedes hand over the constructors' title to Red Bull.

"The good thing is that in our simulations we had that in a way on the radar, as being the best race, so that is good that the virtual world correlates with the real world.

"But the most important thing is that we really have the pace and slowly but surely we are going forward and learning the lessons for next year."

Wolff said he had never been confident of anything in Formula One, however.

"I'm annoyed about not being on pole, because it would have ticked a box, but then equally having Max with his top speed advantage behind us would have been a problem tomorrow," added the Austrian.

"And starting second and third can be advantageous and I hope we can stick our nose, or both noses, into turn one and then disappear into the distance. But definitely that's going to be difficult."

Hamilton has won twice previously in Mexico, including from third on the grid in 2019.

The Briton has won a race in every season since he entered the sport in 2007, a record unmatched by any other driver with his longevity. The remaining races after Mexico are Brazil and Abu Dhabi.