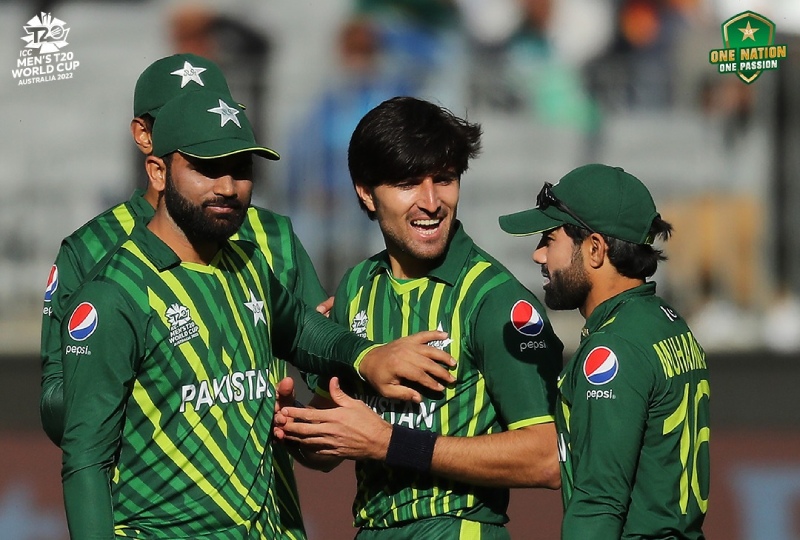 PERTH - Pakistan trounced the Netherlands by six wickets on Sunday to keep their Twenty20 World Cup campaign alive, bouncing back to register their first win of the tournament after consecutive last-ball defeats against Zimbabwe and India.

The 17th-ranked Dutch won the toss in Perth but crumbled to 91-9 in 20 overs after failing to counteract Pakistan's quality bowling unit, led by leg-spinner Shadab Khan, who picked up 3-22.

The world's top-ranked T20 batsman, Mohammed Rizwan, batted with freedom on his way to a 39-ball 49 to help steer Pakistan to 95-4 with 37 balls to spare.

"The last couple of games ... we played great cricket but still we didn't finish the game but today we finished the game," said man-of-the-match Shadab Khan.

"All the bowlers bowled great, because (the opening bowlers) put pressure on in the powerplay and (the batsmen) have to try and hit me and I will get the opportunity to take wickets."

The Netherlands batsmen struggled with pace from the outset and Bas de Leede (6) was forced to retire hurt in the sixth over, later ruled out with concussion, bleeding under his eye after being struck on the helmet from a Haris Rauf bouncer.

Reeling at 34-3 at the halfway point of the innings with no batsman yet to reach double digits, the mismatch between the men in orange and fourth-ranked Pakistan was evident.

Colin Ackermann top-scored with a run-a-ball 27 but could not push on, trapped leg-before by Shadab.

Rizwan wasted no time in kick-starting Pakistan's reply, peeling 11 runs off the first over.

Captain Babar Azam, who is yet to hit his straps with eight runs from three matches, was run out for four when Roelof van der Merwe at mid-on nailed a direct-hit.

Medium-pacer Paul van Meekeren had Rizwan caught behind in the 13th over, but the damage had already been done and in the next over Shadab got off the mark with a boundary to help his side secure their first T20 victory on Australian soil.

Pakistan sit fifth in Group Two, only above the Netherlands, with games remaining against South Africa and Bangladesh.