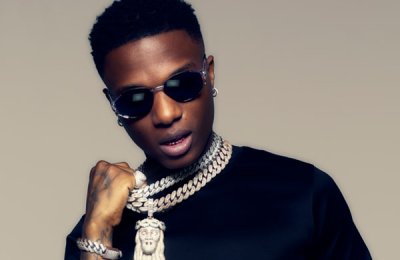 A performer
Six of the world’s best DJs and performers will offer a grand slam experience at the World Tennis League in Dubai this December at the Coca-Cola Arena, in partnership with Dubai Sports Council.
Following the spectacular tennis on court from the likes of Novak Djokovic and Iga Świątek, the arena will transform and stage a series of six epic music concerts featuring stellar names; Tiësto, Wizkid, Deadmau5, Ne-Yo, Mohamed Ramadan and Armin van Buuren.
Guests who register online now for the #GreatestShowOnCourt - the major event that combines world-class tennis with epic post-game shows - can take advantage of a 10% discount when the pre-sale starts on November 8 at 10 am.
Unforgettable night
Rajesh Banga, Chairman of The World Tennis League, said: “We have assembled an unbelievable set of DJs and performers who will give fans an unforgettable night of entertainment after they’ve watched the world class tennis on court.”
Taking place from December 19 to 24, the World Tennis League is an innovative round robin tournament that sees teams of star players face off in nail-biting two-set matches. Joining Djokovic and women’s world No 1 Świątek are reigning Wimbledon champion Elena Rybakina and Aussie maverick Nick Kyrgios. The full player roster and team line-ups will be announced on Sunday November 6.
Here’s the sensational concert schedule in full:
Monday December 19 - Tiësto
Opening the line-up for The World Tennis League is the Dutch DJ giant Tiësto, often nicknamed The Godfather of EDM. Voted the Greatest DJ of All Time by Mix Magazine in a 2011 fan poll, Tiësto was then named the best DJ of the last 20 years in 2013 by readers of DJ Mag, who also gave him their DJ of the Year award three years in a row from 2002 to 2004. His iconic gig at the opening ceremony of the 2004 Athens Olympic Games remains a landmark of dance music and his hits such as The Business and The Motto received millions of global streams.
Tuesday December 20 - Wizkid
Dubbed Nigeria’s Justin Bieber, Wizkid is leading the charge in the Afrobeats genre. Wizkid was born in Lagos, Nigeria and announced his talent to the world with his 2011 debut album Superstar, following it up with 2014’s impressive Ayo which featured the standout track Ojuelegba. But the turning point in Wizkid’s career came in 2016 when he collaborated with Drake on One Dance, which helped him to become one of Africa’s most influential musicians today.
Wednesday December 21 - Deadmau5
The award-winning DJ and highly respected producer will headline the third evening of entertainment at the Coca-Cola Arena. For more than two decades Deadmau5 has thrilled crowds across the globe with award-winning hits such as the two-time platinum certified single, Ghosts ‘n’ Stuff, as well as critically acclaimed tracks including Professional Griefers and Sofi Needs A Ladder. In 2012, He became the first electronic artist in history to grace the cover of Rolling Stone.
Thursday December 22 - Ne-Yo
Riding high after the release of his ninth album Self Explanatory earlier this year, Ne-Yo will bring hits such as Because of You, So Sick, Miss Independent, Closer, Let Me Love You, Time of Our Lives (with Pitbull) and One in A Million to the Coca-Cola Arena this December. The three-time Grammy winner and prolific songwriter has also penned songs for other artists including Irreplaceable by Beyoncé and Unfaithful, Russian Roulette and Take a Bow for Rihanna.
Friday December 23 - Mohamed Ramadan
The Egyptian TV and movie star, singer and rapper has a huge following around the Arab world, many of whom will roar their approval when he takes the stage after the players at The World Tennis League leave the court. Hits like Tik Tok, Number One and Ya Habibi will form part of an electric show from the irrepressible Ramadan, who in 2020 became only the second Arabic artist to have his image adorn the Spotify billboard in Times Square, New York.
Saturday December 24 - Armin van Buuren
Now a dance music veteran of almost 30 years, the DJ icon has the honour of closing the inaugural World Tennis League in Dubai a day before his birthday. A beloved figure on the international DJ circuit thanks to tracks like One More Time, Blah Blah Blah, and This Is What It Feels Like, the Dutchman has played to millions of people at some of the world’s biggest festivals, stadiums and nightclubs and came top of DJ Mag’s prestigious top 100 poll five times.
With many of the world’s best tennis players on court and top music acts to thrill ticket holders, #GreatestShowOnCourt has something for everyone.-- TradeArabia News Service