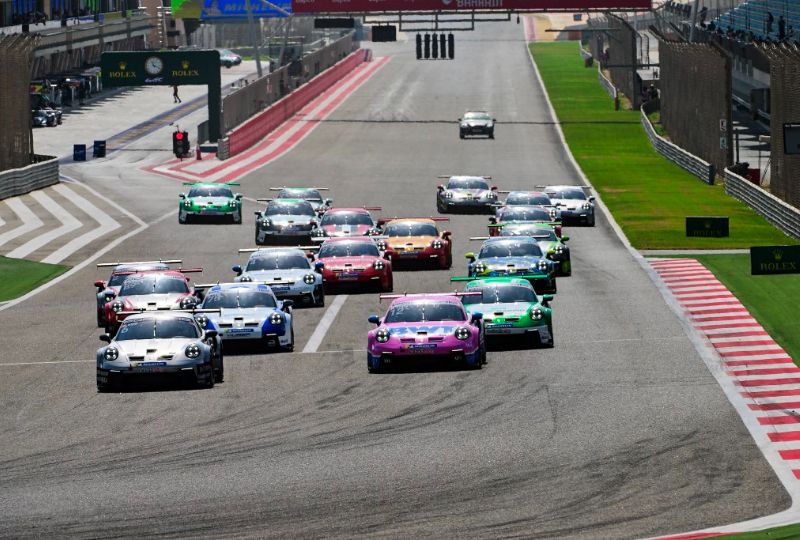 BRC Racing Team’s Norbert Michelisz claimed his first victory of the 2022 FIA WTCR season yesterday as he drove his Hyundai Elantra N TCR to first place at the Bahrain International Circuit (BIC) in the second race of the WTCR Race of Bahrain.
The event, part of the WTCR-FIA World Touring Car Cup, was a support race for the Bapco 8 Hours of Bahrain, the final round of the FIA World Endurance Championship (WEC) which also concluded yesterday.
Michelisz, from Hungary, finished in 29 minutes 04.963 seconds after 13 laps, crossing the finish line 1.046 seconds ahead of Argentine Esteban Guerrieri who was driving a Honda Civic TCR.
Dutchman Nicky Catsburg finished in third place, 3.677 seconds behind Michelisz.
“It was a bit difficult at the start, there was some carnage and I overtook some people there,” Michelisz explained after the race. “My car was perfect today, so I’m very pleased, thank you everyone at the team.”
Spaniard Mikel Azcona, who won the first race on Friday evening, came in fourth but leads the championship with 297 points – 60 clear of his nearest rival – and is a hot favourite to win the title at the season finale in Jeddah, Saudi Arabia, on November 25-27.
The top eight yesterday were rounded off by Nathaniel Berthon from France in fifth place, with another Dutchman, Tim Coronel, close behind him in sixth place, Franco Girolami, also from Argentina, in seventh and Moroccan Mehdi Bennani in eighth.
A total of 15 drivers took part in the race.