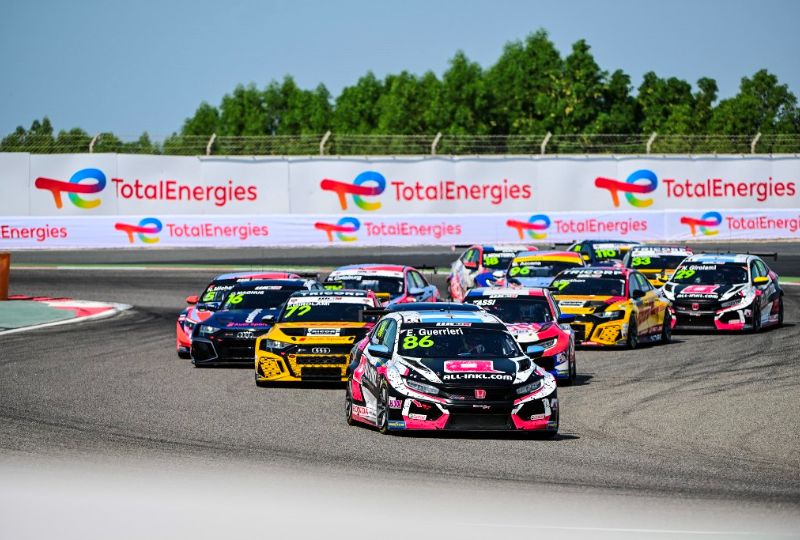 YOUNG Briton Harry King put on a driving master-class yesterday as he followed up his race one victory on Friday evening with a commanding win in race two of the Porsche Sprint Challenge Middle East at the Bahrain International Circuit (BIC), writes Adnan SIPRA.

The Porsche Sprint Challenge was one of two support races for the Bapco 8 Hours of Bahrain, the final round of the FIA World Endurance Championship (WEC), which also concluded yesterday. The other supporting race was the WTCR Race of Bahrain, part of the WTCR-FIA World Touring Car Cup which was also held over two days, finishing yesterday.

King, 21, completely dominated proceedings in both races of the first weekend of the 2022-23 Challenge season. But his performance yesterday eclipsed even his outstanding driving effort from the day before as he crossed the finish line comfortably 10.210 seconds ahead of runner-up, Australian Harri Jones.

Israel’s Ariel Levi completed the podium as he came in third, 10.836s behind King.

Meanwhile, the AM category was won by Cedric Chassang from France.

Next, the second of a total of six rounds on the Porsche Sprint Challenge’s season calendar will also be held at the BIC on December 2-3.

Overall, the Bapco 8 Hours of Bahrain weekend was a memorable one for the scores of fans who thronged to the BIC over the two days of racing. With plenty of off-track entertainment, including stunt shows and other family-friendly and inclusive events, complementing the racing action, spectators enjoyed a fun-filled time.

Before the Bapco 8 Hours of Bahrain WEC race started yesterday afternoon, fans also had the chance to attend a Pit Walk and autograph session.