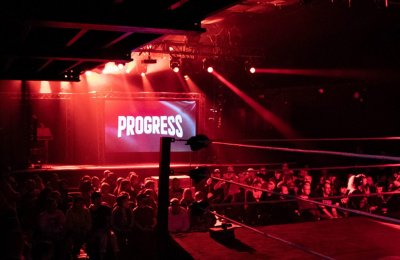 Progress Wrestling, the UK’s leading professional wrestling promotion, is presenting its first show in Dubai on December 10, showcasing the first ever Women’s Wrestling World Title fight in the city.

Progress will be delivering the show in partnership with WrestleFest DXB, who recently, with much acclaim, held the first official women’s match in this area of the Emirates between Progress favourites Charlie Morgan and Alex Windsor.

A glittering card for the show, titled “Sons & Daughters of the Desert” includes two further World Championships on the line, and will offer the largest collection of international wrestling talent ever assembled in Dubai.

The evening will be further enhanced by Shaheen himself who will be defending his Dubai Wrestling Championship against the up-and-coming Progress talent Tate Mayfairs.

The card is completed by Progress Tag Team champions, and very appropriately named for the area, Sunshine Machine, in which Chuck Mambo and TK Cooper will face Dubai favourites MK and Fayez, and a further Women’s match involving Lizzy Evo and Session Moth Martina.

Session Moth Martina, the ebullient and lively Irish wrestler will have a busy evening as she will also host the whole show.

“This is a fond personal return to the region for me having worked here with global accountancy giant, Ernst & Young, and I’m delighted to be bringing Progress to the region,” said Martyn Best, Progress co-owner.

“This will be the 26th show since Lee and I acquired Progress, almost a year to the day, and we are so pleased to be working with WrestleFest DXB in putting on such a prestigious event in Dubai. The region is becoming a true hot spot for global sporting events, with WWE’s astonishing Crown Jewel event in Riyadh on 5th November, and of course our show will be bang in the middle of the World Cup. We are also delighted at the local support we have had, and we are honoured to have been recognised by the Dubai Sports Council.”

WrestleFest founder, Mohammad Al Shehhi added: “Our Equal Measures event featured the first official women’s match in the Emirate, and I am very honoured that we are supporting Progress with their first show in Dubai. Both promotions admire the development of women’s wrestling across the globe and it is a privilege to support the first ever Women’s World Title fight to take place in Dubai.”

McAteer, Progress co-owner said: “Progress has a really good relationship with WWE, and their shows in Riyadh have been ground-breaking for showcasing women’s wrestling in that region.  We want to do the same but this time in Dubai. We also look to develop further associations with other well respected promotions across the world.”

Although Big Damo versus Dan Moloney for the Atlas Championship can be confirmed, the identity of the Men’s and Women’s defending champions will however be in the balance until after the next Progress UK show, (titled “They think it’s all over ...” in homage to the 1966 England World Cup victory) in London on November 27 as the current holders both have challenging defences to make.

Best pledged, “Our current champions in Spike Trivet and Kanji have just been given an even bigger incentive to retain their titles. But if they don’t then we do guarantee that whoever holds our belts will be in Dubai to defend them.”

Al Shehhi is renowned for his innovation having also been the first Emirati to represent the UAE overseas, and he will of course be determined, as Shaheen, to retain his own title run as Dubai World Wrestling Champion. – TradeArabia News Service