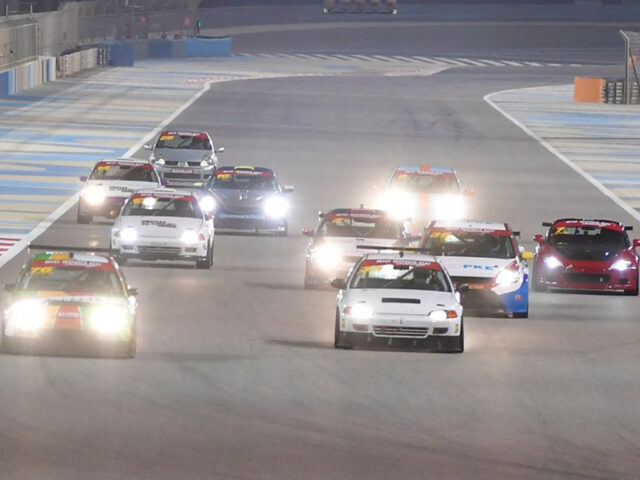 The stage is set for another exciting season in the region’s longest-running circuit racing championship.

Bahrain International Circuit (BIC) will on Friday be hosting the first of five rounds in the 2022-23 BIC 2,000cc Challenge - the home-grown, two-litre championship born and nurtured at ‘The Home of Motorsport in the Middle East’.

The new campaign promises plenty of bumper-to-bumper racing with some of the kingdom’s best talents of various ages and nationalities taking part.

The opening meeting will be taking place during the daytime with practice kicking the programme off at 11am. Qualifying follows at 11.55am, setting the grid for race one at 1.14pm. The day’s second race will then be held from 2.24pm.

All the action will be held along BIC’s 2.55-kilometre Inner Track.

Amongst those set to take part, six of those on the provisional entry list will be competing in Honda Civics, including Andreas Buelow, Wiebke Buelow, Isa Mohammed, Raed Himmo, Majed Himmo and Moaz Elzahrawi.

Bassim Al Alawi will be racing in his Honda CRX, while Andrew Ray will be behind the wheel of a Honda Integra.

Following this upcoming meeting, round two is scheduled for January 20 as the first event of the new calendar year. Round three will then be held on February 4, leading up to the fourth and penultimate round on February 25.

That will pave the way for the championship finale on April 7, which will be the season’s only night event.